The NFR zone till date has installed free Wi-fi in 168 stations, the commission works are in progress in 195 stations 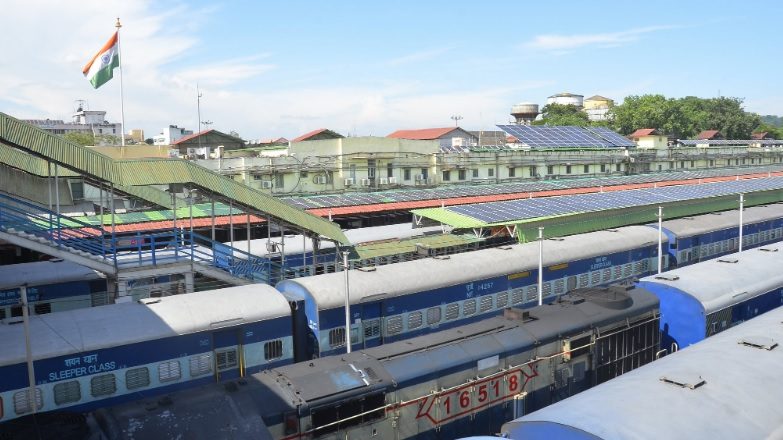 The Northeast Frontier Railways(NFR) which has been constantly working towards a better travel experience for the passengers has enhanced the interiors of the coaches of a number of express trains.

As per information, for a hassle-free travel experience the NFR team has installed better fittings, included panel works in the coaches and have installed dustbins at all the AC/non-AC lavatories. Apart from this to make the toilets free from odour the NFR has installed health faucets in all the toilets to maintain hygiene and sanitation.

“The NFR has been constantly working towards a better travel experience for the passengers and keeping in this view several express trains as per the phase have got a facelift,” said newly inducted CPRO, NF Railway, Shubhanan Chanda.

On the other hand breaking records the NFR has become the first railway zone in eastern part of the country to have installed free Wifi in at least 100 railway station in 41 days.

As a part of the Prime Minister Narendra Modi’s Digitalk India campaign and objective of connecting rural areas with high-speed Internet, the Indian Railways had proposed to provide high-speed internet in 4791 railway stations in the country.

As per it’s proposal, the NFR zone till date has installed free Wi-fi in 168 stations, the commission works are in progress in 195 stations making it to 363 stations.

On August 14th, 2019, free Wifi was enabled in 71 railway stations of the country including six in Assam – Gohpur, Harmoti, Helem, Nizborgaon, Tatibahar, Dubia and on the occasion of the 73rd Independence day celebrations, the facilities were made live at 22 more railway stations with three in Assam—Kathalpukhuri, Patiladaha and Silonibari.

It may be mentioned that RailTel, one of the largest neutral telecom services providers in India, has been working to bring fast and free WiFi services at all railway stations. With an aim to provide the state-of-the-art high-speed WiFi service, the RailTel has roped in Tata Trust to instal the wireless networking system at the stations.