Both the accused are members of the proscribed organisation ULFA and had been carrying out various illegal and criminal activities on behalf of ULFA such as extortion, kidnapping, and murder in the region: NIA 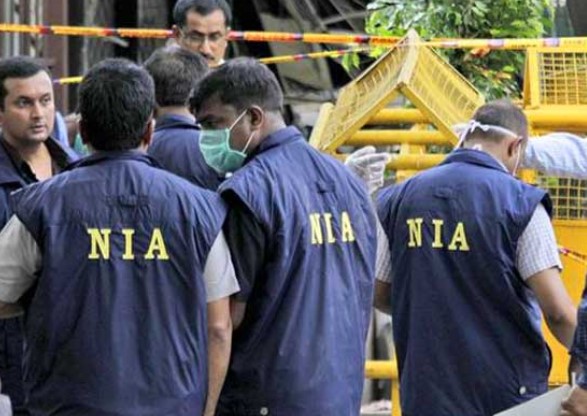 The National Investigation Agency (NIA) on November 28th, 2019 filed the charge-sheet against Bubul Moran and Binanda Dahotiya, members of the United Liberation Front of Asom (ULFA), under the Unlawful Activities (Prevention) Act, in a 2018 case in which a group of unknown armed men wearing army combat dress killed five people of Bichanimukh Kherbari village, Tinsukia.

In a statement, the NIA said, “On November 1st, 2018, at around 7 pm, a group of unknown armed men wearing army combat dress, covering their faces with black cloth, walked into Bichanimukh Kherbari village inhabited by Bengali speaking population. The armed men randomly called out six villagers and took them across the iron bridge over SaukaNala, on the approach road of the village. They were forced to line up by the roadside, kneel down and then they were fired upon indiscriminately; killing five of the villagers. The sixth villager had a narrow escape as he collapsed on hearing the sound of gunfire.”

“Investigation established that this terrorist act was committed by active members of the proscribed organisation ULFA as part of a pre-planned conspiracy. The investigation has unearthed the conspiracy hatched by accused persons and their associates/leaders,” the statement said.

“Investigation further revealed that the arrested accused persons along with others in pursuance of this conspiracy came from Myanmar to India, then from Arunachal to Assam-Sadiya specifically to Bichanimukh Kherbari village, armed with assault weapons,” NIA further mentioned said in the statement.

“Both the accused are members of the proscribed organisation ULFA and had been carrying out various illegal and criminal activities on behalf of ULFA such as extortion, kidnapping, and murder in the region with an aim to wage war against India and attack the sovereignty and integrity of India. Further investigation in the case is continuing against other accused,” added the NIA in the statement.