‘Nihangs’ Chop Off Cop’s Hand In Punjab, 2 Others Injured

A police team was attacked by the 'Nihangs' at Sanaur vegetable market in Punjab’s Patiala district on April 12th, 2020 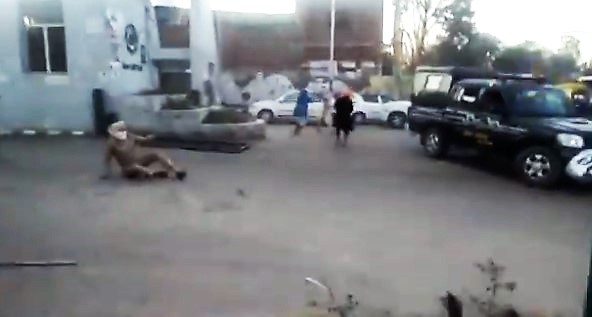 In a shocking incident, a group of ‘Nihangs’ (Sikhs armed with traditional weapons and dressed in loose blue top)   on April 12th, 2020 allegedly chopped off a policeman’s hand and injured two others.

A police team was attacked by the ‘Nihangs’ at Sanaur vegetable market in Punjab’s Patiala district on April 12th, 2020. Assistant Sub Inspector Harjeet Singh’s hand was chopped off by a sword.

The group of ‘Nihangs’ was travelling in a vehicle when the police checking party stopped them near a vegetable market by Mandi board officials.

A heated argument took place between them after the ‘Nihangs’ failed to show them curfew passes. However, they crashed the vehicle against the gate and barricades put up there.

A Station House Officer of Sadar Patiala sustained an injury on his elbow and another official suffered an injury on his arm in the attack. Singh has been admitted to PGIMER in Chandigarh. A mandi board official was also injured in the barbaric incident.

The Nihangs fled the scene after the attack. Police have traced to Gurudwara Khicri Sahab near Balbeda and are urging them to surrender.

Punjab has recorded 11 deaths and 132 confirmed COVID-19 positive cases so far. The attack comes at a time when the 21-day lockdown in the state is likely to be extended till the end of April. Before this, doctors and healthcare workers were attacked in several parts of the country.