No Info On ‘Tukde-Tukde Gang’: Home Ministry In RTI Reply To Activist 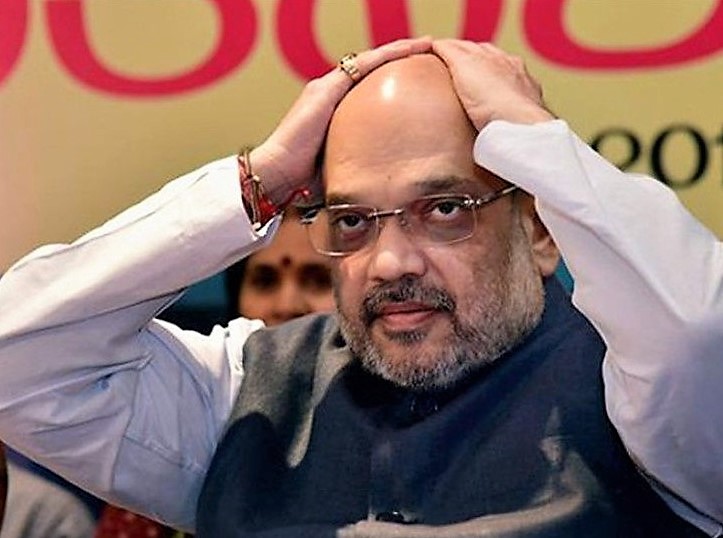 The Ministry of Home Affairs (MHA), responding to a Right To Information (RTI) request from a Maharashtra resident, has said that it does not have any information concerning a ‘Tukde-Tukde gang’.

In a tweet, Sanket Gokhale has attached the response of the home ministry to his query, filed last month. His post read, “The ‘tukde tukde gang’ does not officially exist & is merely a figment of Amit Shah’s imagination”.

Gokhale had filed the application on December 26th, 2019, the same day Home Minister Amit Shah told an event in New Delhi that it was time to punish the tukde-tukde gang.

However, Time8 has no independent confirmation of Gokhale’s claims.

The ‘Tukde-Tukde gang’ is a colloquial term often used by right-wing parties to attack the Left-backed groups and their supporters. Over the last few years, Shah has also used the term multiple times at various public gatherings.

It was coined after anti-national slogans for the independence of Kashmir from India were allegedly raised at an event held in the prestigious Jawaharlal Nehru University (JNU) in 2016. A sedition case was filed against Kanhaiya Kumar, the then chief of its student union, which had organised the event.

Since then, the BJP leaders and karyakartas referred to any person supporting Kumar or Left-backed activities as ‘Tukde-Tukde gang’ – loosely translated as a gang of people out to divide India.

Bollywood actress Deepika Padukone was criticised for supporting the ‘Tukde-Tukde gang’ after she visited the JNU following the attack on students and teachers.