Some unidentified miscreants had vandalised Kalapani Anchalik Mosque and burnt some Islamic holy texts, including some copies of the Quran on March 2nd, 2020 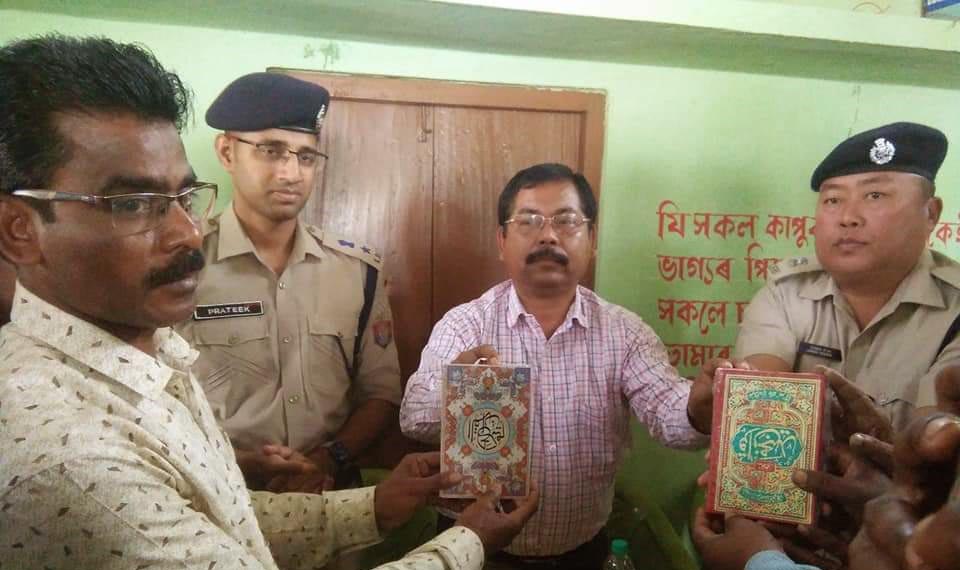 Upholding the spirit of unity and brotherhood, non-Muslim communities gifted copies of Quran to each to the vandalised mosque in western Assam’s Baksa district as a token of peace and harmony.

Some unidentified miscreants had vandalised Kalapani Anchalik Mosque and burnt some Islamic holy texts, including some copies of the Quran in the wee hours of March 2nd, 2020. This had enraged the people of the area.

Later, District Superintendent of Police Thube Pratik Bijoy Kumar, who reached the spot under Gowardhan Police Station along with other officials, had assured the locals of ensuring proper security in order to prevent any possible attempt by miscreants to create unrest in the area.

The police informed that they received a tip-off about the racket being run in the city by the accused and started an operation. He was nabbed from a rented house in zoo tiniali.
Read more

BREAKING: Tourism to open in Sikkim in October; Complete Lockdown in Gangtok before opening