Government’s focus on the Act East Policy will open new doors of rapid infrastructural development in the Northeast: Rajnath Singh 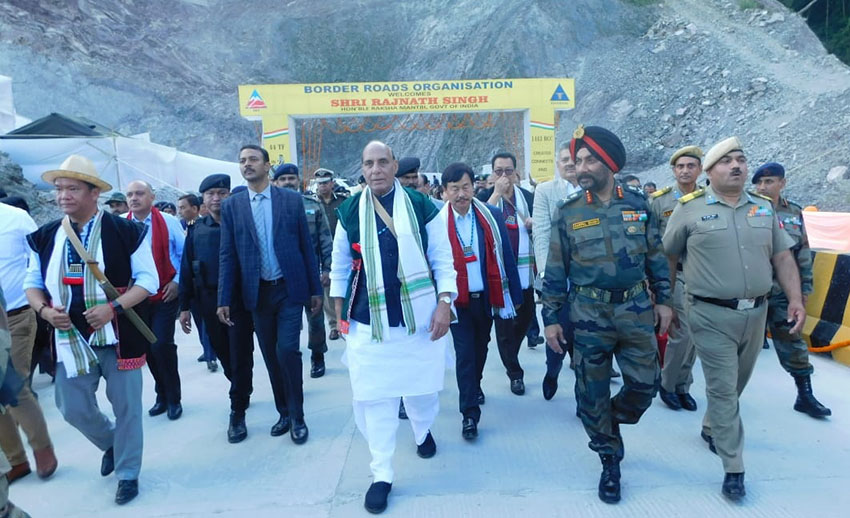 Defence Minister Rajnath Singh on November 15th, 2019, said that the Northeast region, which is the gateway to ASEAN nations, is strategically crucial for the nation.

Inaugurating the 200-metre long Sisseri River bridge at Lower Dibang Valley in the state, Singh said called for bolstering the border infrastructure, saying that national security is the topmost priority of the government.

“The government has adopted the Border Area Development Programme (BADP) in its plan keeping in view the security of the people residing in the border areas. Infrastructural up-gradation is necessary for the security of the Northeast and the entire country,” he added.

The minister further informed that the government has initiated numerous infrastructure projects in Arunachal Pradesh including the proposed Bhalukpong – Tenga – Tawang railway line, operationalisation of Pasighat airport, nod to Hollongi airport and approval to construct Sela Pass tunnel, reaffirming the Government’s commitment to establish a strong and efficient roadways, railways, airways, waterways and digital network in the region.

Talking about the Sisseri River bridge, which provides connectivity to Tinsukia via Dhola-Sadia bridge, Singh said, “This bridge is also strategically important from the military viewpoint and will be a part of Trans Arunachal Highway. It will play an important role in the overall development adding that it would open more avenues in the fields of employment, trade and tourism.”

“You must have seen that during the ASEAN summit in Bangkok recently, our PM took a very important decision that India will not be a part of RCEP… Farmers, labourers, factories and industries would have got affected had India joined the RCEP. This is a big decision,” he added.