Northeast Will Be Worst Affected If Citizenship Bill Is Passed: Conrad Sangma

Sangma said the bill, if passed, may affect the Inner Line Permit system in NE 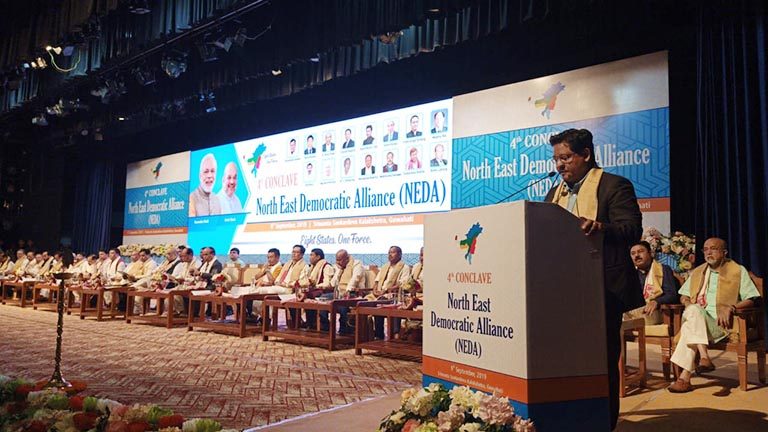 The Meghalaya Chief Minister Conrad K Sangma on September 9th, 2019, said that the Northeast will be worst affected if the Citizenship (Amendment) Bill is passed. He also expressed his fear about possible migration to Meghalaya once the bill is implemented.  “The CAB, if passed, may affect the Inner Line Permit (ILP) or other laws in the NE region,” Sangma said.

The CM further urged all the Northeastern states to stand in unison to raise the concerns of the region for the common good of the people of the region. “Under the North East Democratic Alliance (NEDA), we should treat all partners as equal and work for the overall interest and growth of NE,” he added. Sangma was addressing the 4th Convention of the NEDA in Guwahati, Assam.

It may be mentioned that Sanmga-led Meghalaya government was the first to oppose the centre’s move to implement the contentious bill. Nagaland and Manipur had also opposed the bill. In Assam, the bill had faced a massie opposition during its public hearing in Guwahati and received huge support in the Barak valley.

The bill seeks to grant Indian citizenship to the people belonging to the Hindus, Jains, Christians, Sikhs, Buddhists and Parsis who have become the victims of religious persecution in Pakistan, Bangladesh and Afghanistan and entered India on or before December 31st, 2014. It may be mentioned that the bill was cleared by the Lok Sabha on January 8th, 2019 but lapsed in the Rajya Sabha.