Upamanyu Hazarika accused that the Chief Minister’s and the State Government’s stand on NRC re-verification had been falsified by the Central government. 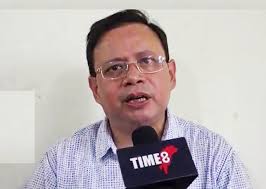 GUWAHATI: Announcing that government has disowned all its responsibility regarding the National Register of Citizens (NRC) re-verification, senior Supreme Court advocate Upamanyu Hazarika has stated that the legal and factual position of the re-verification has been completely misstated by the Chief Minister and his government.

“The Chief Minister in his speech before the state BJP executive and response to the question in the Assembly on  August 31 has said that the issue of NRC re-verification is pending in the Supreme Court and an affidavit from the government had been filed in July 2019.” Hazarika stated.

Hazarika accused that the Chief Minister’s and the State Government’s stand had been falsified by the Central government.

Upamanyu Hazarika said, “It is clear that neither the Chief Minister nor his government have any interest in NRC re-verification otherwise they would not deliberately obstruct the process by making false assertions and pushing the responsibility on to the Supreme Court”.

“But the present government which came to power on the promise of protecting indigenous identity has willingly permitted a large number of foreigners to become citizens”, he further added.