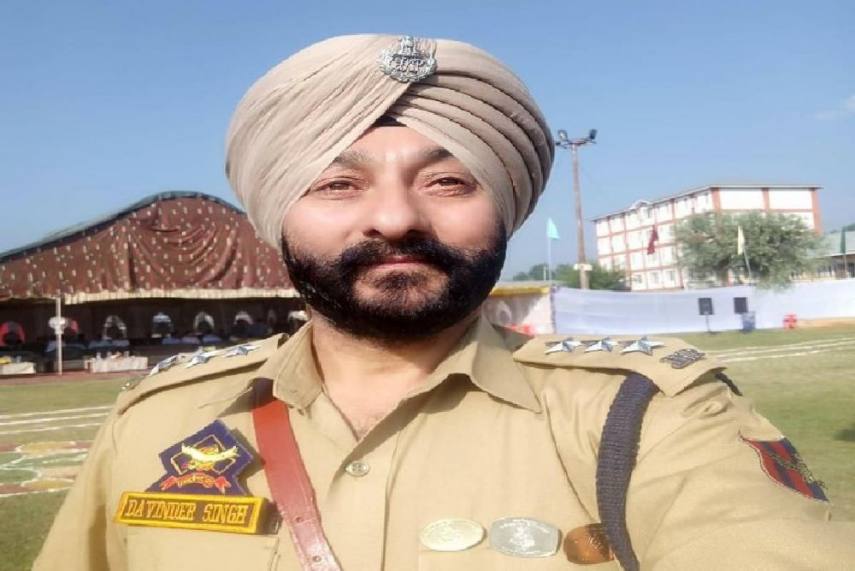 Davinder Singh, a senior police officer, who was posted with the anti-hijacking team at Srinagar airport in Jammu and Kashmir, was arrested along with two terrorists on January 11th, 2020. He was allegedly ferrying out the terrorists of Kashmir valley for a possible terror attack.

DSP Singh, 57, was arrested at Mir Bazar in Kulgam district along with terrorists of the banned Hizbul Mujahideen – Naveed Baba and Altaf. The police are now probing whether Davinder Singh helped militants previously as well.

Jammu and Kashmir police chief Dilbag Singh said that he had recommended the sacking of DSP Singh, arrested along with Hizb-ul Mujahideen commander Syed Naveed and two associates on January 10th, January 2020. “He is under suspension and we have recommended his termination from services,” Dilbag Singh told reporters.

Addressing a press conference in Jammu on January 15th, 2020, the police chief said that his department also recommended that the medal Davinder Singh received from the state government for resisting an attack on Pulwama police lines should be taken back.

It may be mentioned that Mohammed Afzal Guru, a surrendered terrorist who was convicted and later hanged for the 2001 Indian Parliament attack, mentioned Singh’s name in a letter wrote to his advocate Sushil Kumar. But, he escaped the radar. Guru’s claims were not investigated.

In the letter, Guru wrote of how Singh allegedly tortured him as part of a larger conspiracy to get him to pay police officers money. More shockingly, Guru made a claim that bordered on accusing the police officer of being linked to the conspiracy to attack the Indian Parliament.

Guru had also claimed that Singh introduced him to one Mohammed and tasked him with the ‘small job’ of ferrying Mohammed to Delhi and getting him a rented accommodation in the capital.

Guru claimed that he was first introduced to Singh after being picked up by men of Jammu and Kashmir’s Special Task Force.

Singh served in the J&K Police as an inspector and then DSP for over 25 years and was posted with the anti-hijacking squad at the Srinagar airport at the time of his arrest. He was earlier the DSP of Pulwama.

Singh, who hails from Tral area of Pulwama district, was recruited as a sub-inspector in 1994 and later joined the Special Operations Group (SoG) of the J&K Police and was one of the active members of Task Force. He was part of a UN peacekeeping mission in Kosovo in 2003 for a year.