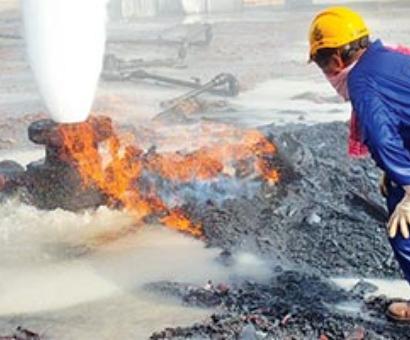 GUWAHATI: The Oil India Ltd on Wednesday evening asserted that the team of experts, dealing with the PSU major’s Baghjan 5 gas oil well blowout, will resume its operation on Thursday.

Talking to Time8, Oil Public Relation Officer Tridip Hazarika said, “The three experts were provided immediate medical attention by doctor at well site and later on they were taken to burn unit section of Astha Nursing Home at Dibrugarh. They have been released after dressing of the burn injuries. It is expected that operations will resume at Baghjan tomorrow.”

Apart from the accident occurred on Wednesday afternoon, the Oil authority had to defer several deadlines announced earlier to fix the Baghjan blowout due to flood and unprecedented delay in gathering the machinery equipments.

With the days passing on, the residents settling around the blowout site have been battling with an intensified tremors and high decibel cracking-like sounds produced by the well site ever since the outbreak of the fire.

A massive fire took place in the gas well of Baghjan oil on June 9 following a blast. The blast occurred at a time when the experts and engineers of Oil India Limited were engaged to control the gas and oil emission. The emissions continued at the site after the blowout of the gas well on May 27.