Opinion: In Search of the Ramrajya 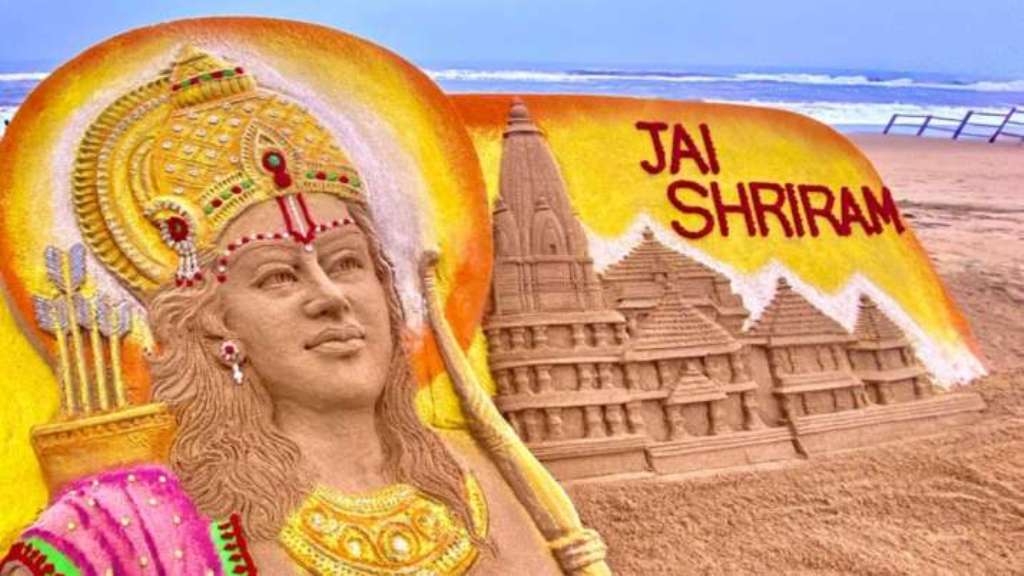 The political discourse interspersed with a tone of the argument surrounding the issue of restoring the birthplace of Lord Rama (which is ‘believed’ to have been allegedly destroyed after the establishment of the Mughal empire), has been a central topic of discussion in the larger, more visible, hegemonic Indian political dialogue which in turn covers the national platform.

The last two decades of the previous century saw an unprecedented spike of communal uprisings. With the emergence of militant and fundamentalist religious groups in the province of Jammu and Kashmir and the demolition of the Babri Masjid, the socialist fabric of India has taken an abrupt right-wing turn.

Following the relentless political manipulation of the contradictory religious sentiments both of superiority and insecurity, the largest secular democratic country in the world by the end of the second decade of the 21st century is now finding solace in the restoration of the lost glory of the past.

This is why; the 5th of August 2020 is of immense historical significance for this nation and shall remain imprinted for the same in the Indian archival narrative.

On this day, when the Prime Minister of the nation was portrayed by mainstream media houses as a victorious and pious Hindu King, the All India Muslim Personal Law Board (AIMPLB) issued a public statement declaring the decision of the Supreme Court as a majority appeasing one.

AIMPLB also stated that `situations don’t last forever’ and the status of the Babri Masjid cannot be changed by a mere legal ruling. This is threatening not only to those who are celebrating the foundation laying ceremony of the Ram Mandir but also to those who believe that India has a legacy of social tolerance and scientific temperament.

News of scattered communal riots are coming from different parts including Assam; helping us observe and understand how such elements have started gaining a foothold across the Assamese public discourse. A comprehensive understanding of the probable consequences of this historic day thus demands our attention. A thorough grasp over this issue is necessary to assess the disturbing realities of our society as a whole, where the political psyche is evolving to that of anarchy.

In order to analyze the ‘triumph of Lord Rama’ one needs to consider the incongruous realities of the population that has decided to celebrate the restoration of lost pride over the fundamental problems faced as a nation.

What does the rise of religious fundamentalism in a country that is experiencing an all-time low GDP, lowest employment in the last five decades, increasing tensions with neighbouring countries, and a massive upsurge in the number of deaths in an unprecedented pandemic actually tell us about the future patterns of our societal structure?

The problem is that fundamentalism leads to further fanatic expressions resulting in a fatal and historic collapse of the established order, for no good. The pattern we now see is dangerous because the religious superiority today finds its legitimacy in the historical context of religious exploitation.

At the same time, the minority community has started to detach itself from the mainstream and this self-imposed historical isolation further justifies the contrary religious superiority finding its logic in the apologetic historicity of the other.

However, it is also necessary to understand that this detachment lies at the roots of a historic progression of performing marginality among the same community concerned.

The tension further intensifies with international conspiracy theories explaining how the future of the nation needs to be secured from becoming a part of a global approach to establish a theosophical state by propagating notions of provincial revivalism based on a religious nationalistic foundation.

This is the very reason why Ram Mandir is the antithesis of the concept of Ramrajya. The entire socio-cultural, economic and political scenario indicates a disturbing future. People living in disparity and finding a sense of victory over a religious establishment implies that the foundations of a democratic welfare state are degenerating within and thus faith has taken over reason as the easiest possible escape route.

At a time like this, the only tool that could prevent the people from becoming mere objects of autocratic appropriation is the realization of the power that the people possess in a democratic society that is the power of the law.

The last couple of years have noticed growing dissatisfaction with the role of the judiciary. While the Emergency was a result of the confrontation of power between the legislature and the judiciary, the recent years have seen a rise of totalitarian instincts where the judiciary is often seen criticized for being a trusted companion of the government.

Notwithstanding the dissatisfaction of a conscious minority, a large number of people still believe in the judicial system of India. Contrary to the sloth rate of judgments, the judiciary still holds the popular imagination of a saviour.

Although massive propaganda and support from the authority today gives a certain religious group the privilege of being in a ‘comfort zone’, instigating the other community to retaliate, the judiciary emerges as a mediator accepted by everyone, here we can refer to the public in general.

That is why, now is the most urgent time, when the devotees of the democratic fabric and the Constitution need to speak out loud for the restoration of faith on the courts of the country. On a personal note, what made the date of August 5th historic was the justification adhered to by religious fanatics generally having blind faith in an unquestionable authority of some unexplainable omnipresent entity, implying the superiority of the judgment of the law over multiple-layered differences of opinions, issues, emotions and observations.

For a democratic country’s survival, the court must replace the temples and mosques and that is the basic area of addressable we need to carry forward. That is the idea that would represent a Gandhian Ramrajya in the closest sense of the term.

The writer is a History student from Guwahati (Assam)

The views expressed by the writer are personal and may not in any way represent those of TIME8.