Past Efforts To Solve Bodo Problems Remained Only In Papers: Modi Attacks Congress

The Union home ministry on January 27th, 2020 signed a historic MoS with all the factions of NDFB and Assam government 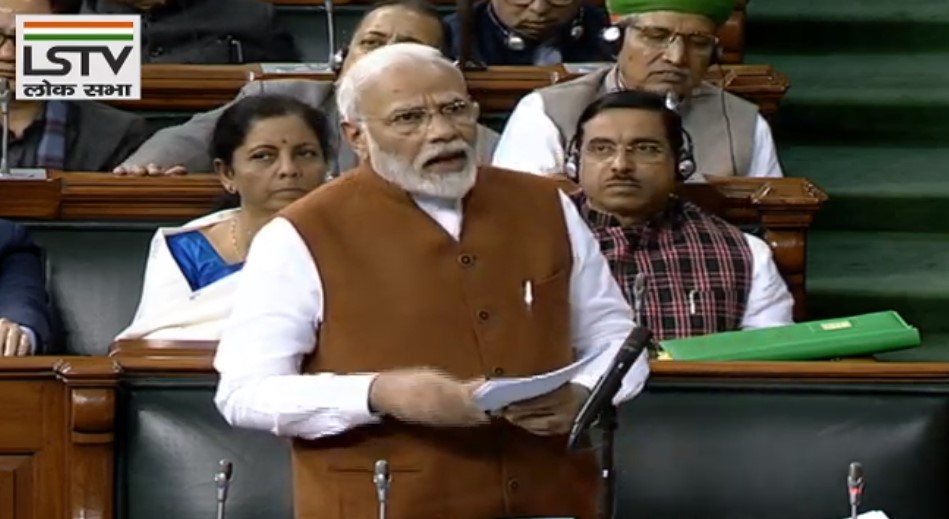 Launching a scathing attack on the Congress, Prime Minister Narendra Modi on February 6th, 2020 said that all the past efforts to solve the decade-long Bodo problems remained only in papers.

Hailing the Bodo Accord signed by his government, Modi said, “What is significant about this #Bodo Agreement is that all the armed groups have come together and have stated that no demand related to Bodo issue remains pending now. Today a new dawn has arrived, a new light has entered. When you (Congress) change your glasses, you will also see the light.”

Modi said though efforts were made in the past, those efforts were aimed at meeting political ends. “Despite many efforts, the Bodo issue was unsolved for years. The Bodo Accord signed now is special because it has brought all stakeholders together and we are moving towards a more peaceful era,” he added while replying to the President’s address during the Motion of Thanks in Lok Sabha.

The Union home ministry on January 27th, 2020 signed a historic Memorandum of Settlement (MoS) with all the factions of NDFB and Assam government. The All Bodo Students Union, which has been spearheading the statehood movement, was also a signatory.

The factions of NDFB viz Gobindo Basumatary faction, Dhirendra Bodo faction, Ranjan Daymari faction and Saoraigwra faction and the United Bodo Peoples Organization are the signatories of the Accord.

Modi is all set to address the ‘thanksgiving’ rally in Kokrajhar on February 7th, 2020 to celebrate the inking of the Bodo Accord. More than four lakh people from BTAD and other parts of Assam are likely to attend the rally at Jangkritai Fwtar near Kokrajhar, 216 km from Guwahati.

Assam: FIR against Silchar teacher for ‘objectionable’ post on Modi