The 9.02 km long horseshoe-shaped single-tube, to lane tunnel which is the world’s longest motorable tunnel at over 3,000 meters above the sea level, came up under the 3,978 metre Rohtang Pass 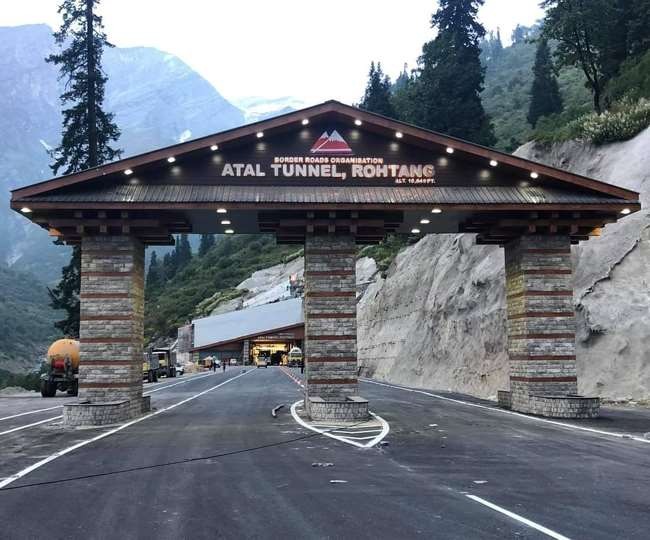 The 9.02 km long horseshoe-shaped single-tube, to lane tunnel which is the world’s longest motorable tunnel at over 3,000 meters above the sea level, came up under the 3,978 metre Rohtang Pass in the Pir Panjal range.

Considered a wonder of human perseverance, the Rohtang tunnel, a dream of former Prime Minister Atal Bihari Vajpayee and named after him posthumously, was completed after 10 years of sheer hard work by the BRO with an outlay of Rs 3,200 crore.

The tunnel construction, a blessing for the people of landlocked Lahaul-Spiti district who mark a new beginning in their lives this winter, was abandoned on numerous occasions, primarily due to the complex geology that included fracture zones and fault lines.

The tunnel will shorten the distance between this Himachal Pradesh tourist resort and Keylong, the headquarters of Lahaul-Spiti, by 46 km, shortening the travel time by nearly three hours.

The construction contract of the tunnel has been awarded to Strabag-Afcons, a joint venture between India-based Afcons Infrastructure and Austria’s Strabag.

The completion of the Atal tunnel is a key element in the Defence Ministry’s attempts to make the entire 475 km-long Manali-Keylong-Leh highway, used by the armed forces to reach forward areas in Ladakh bordering China and Pakistan, motor-able almost round the year.