At least 13. 26 lakh people continue to remain flood affected in 1636 villages in 20 districts of the state 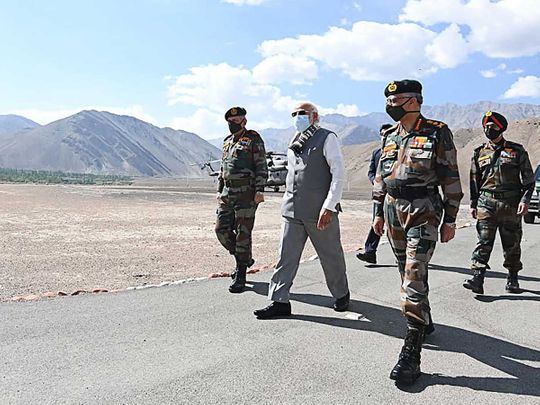 Guwahati: Prime Minister Narendra Modi has assured of Centre’s full support to the state government in dealing with flood situation. Modi on Friday in a telephonic conversation with the state’s chief minister Sarbananda Sonowal enquired about the current flood situation in the state.

Sonowal’s office said that the Prime Minister has taken the details of the damaged caused by state flood, erosion as well as landslides. “The PM re-assured of all kinds of support from the Centre,” said an official statement from the CMO.

The PM also took note on the state’s battle against the global pandemic of COVID 19.

On Friday, one person died in flood at Athari area of Dhurbi district.

Till filling of this report, around 11, 741 people were reported to be continued to stay in relief camps. They were all lodging at 156 relief camps.

With one more person drowning in floodwater on Friday, the total death toll in the state flood this year went up to 35 so far. Over 13 lakh people continue to be affected in the state as waters gushed into their villages forcing them to displace.

The floodwaters have damaged at least 75 houses on Friday alone. Out of them 40 were completely washed away.