Though Facebook initially Sarma’s social media post of the video was flagged as ‘false’, later withdrew the restrictions surprisingly 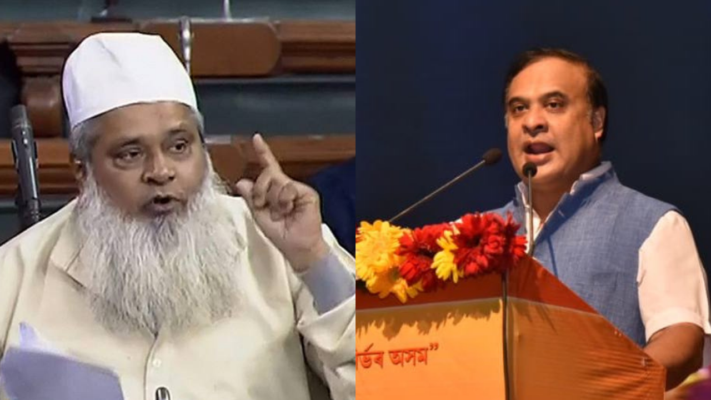 GUWAHATI: “Thenga” (thumbs down) was what Assam’s senior cabinet minister Himanta Biswa Sarma showed to All India United Democratic Front (AIUDF) chief Badruddin Ajmal on Tuesday as the former reacted to Ajmal’s remarks on filing a case against Sarma.

Ajmal and Sarma have been engaged in a war of words after the latter shared the controversial video of Ajmal supporters allegedly chanting ‘Pakistan Zindabad’ at Silchar airport on social media.

Though Facebook initially flagged Himanta Biswa Sarma’s post of the video as ‘false’, later withdrew the restrictions surprisingly. Ajmal had threatened that he would file a case against Sarma for allegedly spreading communal hatred and posting fake videos.

“I don’t care what Ajmal thinks or says. I show him ‘thenga’,” Sarma told reporters on Tuesday.

On Monday, Assam Pradesh Congress Committee (APCC) president Ripun Bora filed an FIR against Sarma at the city’s Bangagarh police station. Congress and AIUDF have already made a pre-poll alliance in Assam ahead of the 2021 polls.