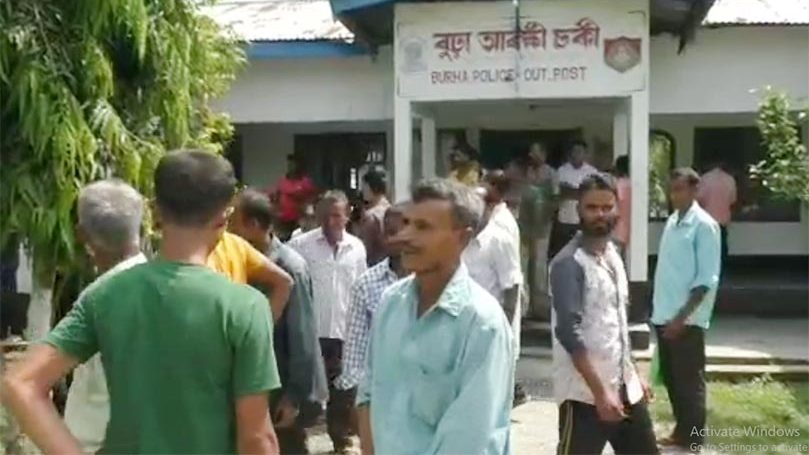 The pregnant woman beaten case at the Burha Police Outpost in Darrang district sparked strong resentment among the people. Hundreds of people staged demonstration and gheraod the outpost on September 18th, 2019, demanding arrest of the in-charge Mahendra Sarma. Central Reserve Police Force (CRPF) personnel were deployed to bring the situation under control.

The National Commission for Women (NCW), while condemning the incident, took a moto cognisance today. On the other hand, Assam Director General of Police Kuladhar Saikia directed the DIG (CWR), Brajenjit Singha to conduct an inquiry into the case.

Sarma and one lady constable Binita Boro were placed under suspension on September 18th, 2019 after three women, who are sisters, lodged a complaint with the Darrang Superintendent of Police Amrit Bhuyan. A criminal case (No 757/2019) under sections 342, 354, 354(B), 325, 506 and 34 of the India Penal Code (IPC) has been registered against them with the Sipajhar Police Station.

It may be mentioned that on September 9th, 2019, the Burha Police picked up one Manowara Begum, her husband and two sisters from Guwahati for an investigation into a case against their brother Rasul Ali, who had allegedly kidnapped a girl.