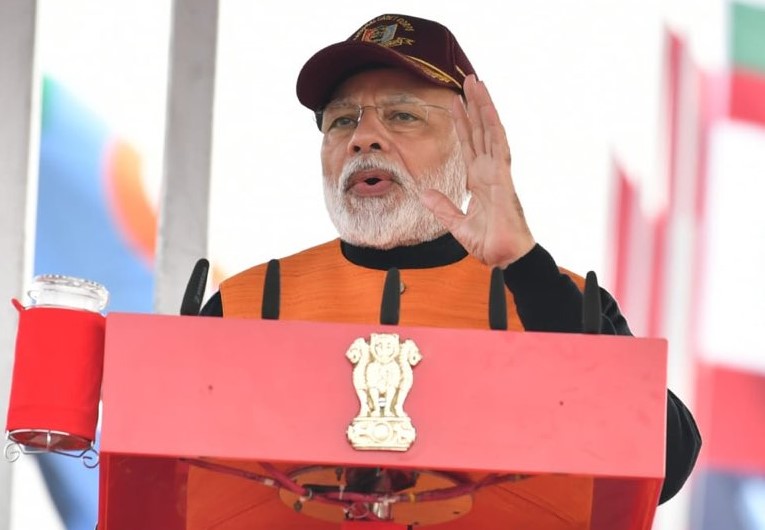 Describing the biodiversity of India as a “unique treasure” for the entire humankind, Prime Minister Narendra Modi on February 23rd, 2020 urged people to preserve and conserve it.

“The great Tamil poetess Avvaiyar writes Kattat Kemaavoon Kalladaru Udgadvu, Kaddat Kamiyan Adva Kalladar Olaaadu. This means, what we know is but just a handful of sand; what we do not know is like a universe in itself. Similar is the case with the biodiversity of this country.”

He added, “The more you know, the more you realize the magnitude of what you do not know. Our biodiversity too is a unique treasure for the entire humankind. We have to preserve it, conserve it and explore further.”

Modi said that throughout the year, India is home to many migratory species. The Prime Minister further mentioned that the legacy we inherited from our ancestors, teaches us to be compassionate toward each and every living being and love nature.

“Our country is bestowed with great traditions. And to partake of the culture of hospitality in the Indian ethos, every year, numerous species of birds from across the world come to India. We are told that more than 500 varieties of birds fly in from varied regions. Recently, Gandhinagar was host to the COP- 13 convention, where this phenomenon was mulled over, discussed and deliberated.”

Modi informed that India will chair the COP convention on migratory species for the next three years.

He also spoke about biologists discovering a new species of fish whose habitat is within the caves of Meghalaya. “It is believed that this fish is the largest among aquatic species found under the surface of caves. It lives in deep, dark underground caves, with little chance of light reaching in. Scientists are perplexed at the ability of this large fish to survive in such deep caves.”

“It is a matter of joy that our India, and especially Meghalaya is home to a rare species. It lends a new facet to India’s bio-diversity. We are surrounded by many such mysteries, which are still undiscovered. To discover such a phenomenal enigma calls for fierce detective passion,” Modi added.