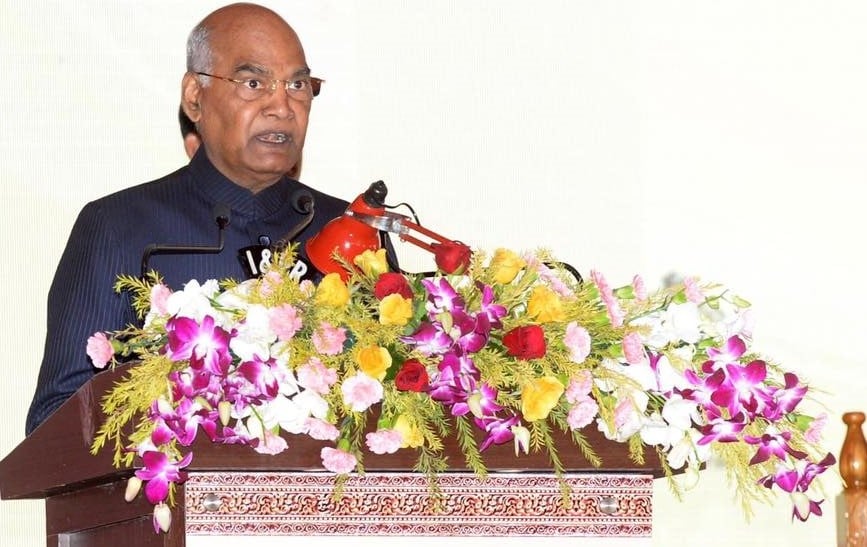 President Ram Nath Kovind is likely to visit Assam to attend the 75th biennial session of the Asam Sahitya Sabha (ASS), the state’s literary body, on February 3rd, 2020. The session will be held in Sualkuchi from February 1st-4th, 2020.

President Kovind’s visit assumes great significance in the backdrop of the protests against the controversial Citizenship Amendment Act (CAA) in the state.

In the recent past, Prime Minister Narendra Modi’s visit to Guwahati to inaugurate the 3rd Khelo India Youth Games was cancelled due to the ongoing protests. The BJP MLAs and MPs are greeted with black flags and black balloons by the anti-CAA protesters everywhere in the state.

Massive protests broke out in the Assam soon after the passage of the Citizenship Amendment Bill in both the houses of the parliament. Those protesting against the law say that the Act violates the historic Assam Accord.

The ASS has been vocal against the amended citizenship law. Former Assam DGP and Sahitya Akademi awardee Kuladhar Saikia is soon going to assume charge as the new chief of the literary body.

Ten prominent personalities of Assam have written to Chief Justice of India SA Bobde appealing him to deliberate on the prevailing “public outrage and anger in the country”.

He added, “Narendra Modi has brought the CAA. Congress, Mamta Banerjee, Akhilesh, Mayawati, Kejriwal are all spreading confusion against it. Confusion is being spread against the CAA in the country, rioting is taking place. There is no provision for taking citizenship of anyone anywhere in the CAA, there is a provision for granting citizenship in it.”

A total number of 75 petitions challenging the CAA has been filed in the apex court. The petitions under consideration include Congress leader Jairam Ramesh’s plea challenging the constitutionality of the citizenship law.