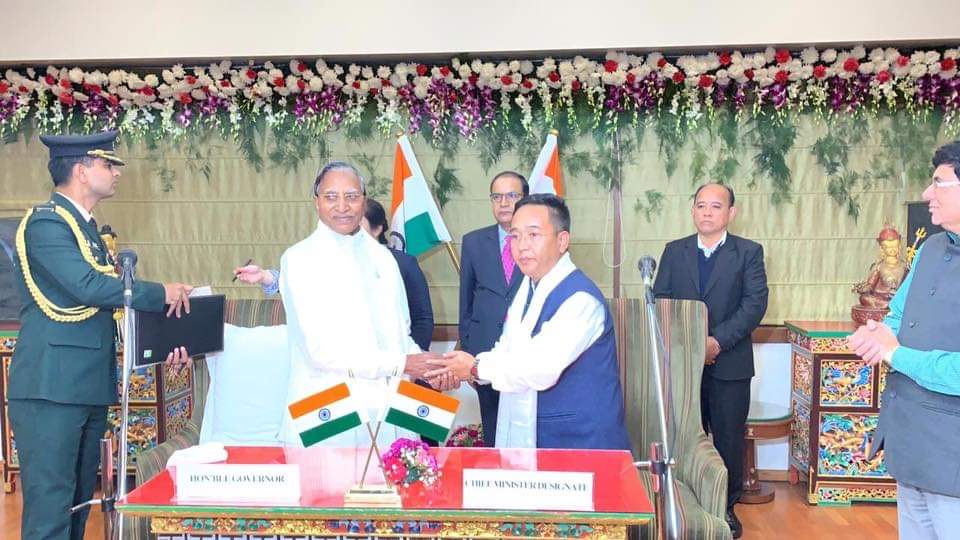 Governor of Sikkim Shri Ganga Prasad appointed Prem Singh Tamang, the leader of the Sikkim Krantikari Morcha (SKM) Legislative Party as the Chief Minister of Sikkim under clause (1) of the Article 164 of the Constitution of India and administered fresh Oath of Office and Secrecy in a formal ceremony held at Sikkim House, New Delhi on November 30th, 2019.

The fresh appointment and subsequent swearing-in was necessitated following the completion of six-month term at the office of Tamang and his election to the Sikkim Legislative Assembly in the Assembly Bye Election held in October this year, a press release from the PRO to the Governor stated.

The Legislative Party of SKM had submitted a formal resolution to the Governor, reposing their continued faith on Tamang, MLA of 10 Poklok Kamrang Assembly Constituency as their leader and unanimously electing him as the Leader of the SKM Legislative Party.