On this day – two years ago – 40 Indian soldiers were martyred when a CRPF convoy was targeted by terrorists in Jammu. 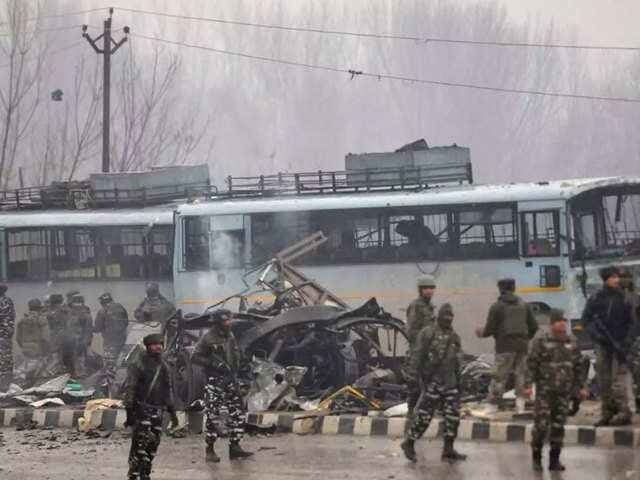 Guwahati: A ‘black day’ in the history of India – February 14, 2021 marks the two years of the Pulwama terror attack in Jammu and Kashmir.

On this day – two years ago – 40 Indian soldiers were martyred when a CRPF convoy was targeted by terrorists in Jammu. The attack was followed by weeks of intense military skirmishes across the border between the two sides.

At 3.00 pm on February 14, 2019, a Pakistan-backed Jaish-e-Mohammed suicide bomber rammed an explosive-laden vehicle into a CRPF convoy at Jammu-Srinagar National Highway near Awantipora in Jammu and Kashmir’s Pulwama district.

The convoy consisted of 78 buses carrying around 2,500 CRPF personnel. The convoy was on its way to Srinagar from Jammu. The perpetrator was identified as Adil Ahmad Dar, a 22-year-old from Kakapora, Pulwama.

Pakistan-based terror outfit Jaish-e-Mohammed claimed responsibility for the attack and later released a video of Dar, who joined the terrorist group a year ago.

The Pulwama attack was the deadliest terror attack that has occurred in the Valley in the past three decades of military activity in Kashmir.

Nationwide protests erupted against the dastardly terror attack even as the country bid goodbye to its bravehearts. Leaders across the party lines and civil society condemned the attack and called for appropriate response.

United Nations and several countries from across the globe condemned the Pulwama terror attack and extended their support to India in the fight against terrorism.