Prime Minister Narendra Modi is keen on the progress of the Northeast region so the Railways are trying to connect the entire region by trains, said Angadi 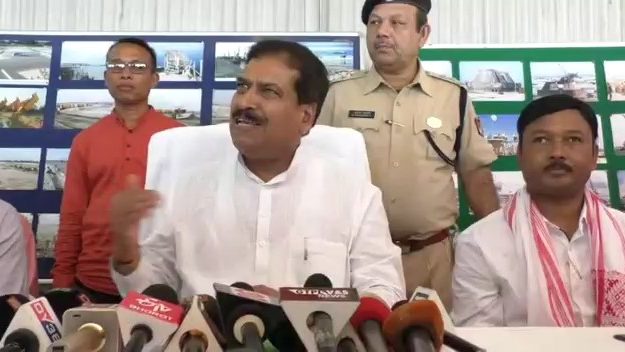 Union Minister of State for Railways Suresh Channabasappa Angadi on September 20th, 2019 asserted that the Railways is trying to connect all the Northeastern states by the year 2022.

“More railway lines will be laid to enhance connectivity in the region and we hope that work will end by the proposed year,” added Angadi.

Angadi also inspected the Bogibeel bridge while he was on his way to Naharlagun, Arunachal Pradesh. He visited the main construction site of the bridge where he was apprised about the fully-welded steel concrete bridge.

He said that he has no words to appreciate such an architectural marvel that the engineers had come up with. He expressed his gratitude towards the engineers and the workers who had built the enormous bridge.

He said, “I thank those 3000 people who contributed their services in constructing this masterpiece and I am proud to say that our engineers have excelled in their work.”