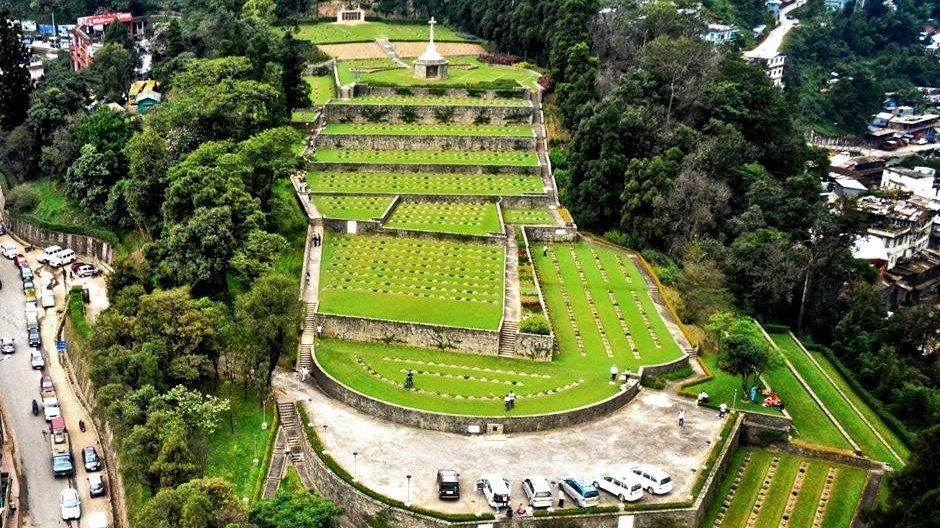 Today on 23rd day of January, nation remembers Netaji Subhash Chandra Bose on occasion of his 122nd birth anniversary. A strategist and fighter with his INA soldiers planned to wage war against British regime, in order to drive and dethrone them from India.

Indian National Army was originally known as ‘Indian Independence Force’, conceptualized by fire-band Bengal revolutionist Ras Behari Bose, who fled to Japan, in 1915 with Priyonath Tagore, close kin of Kabiguru, after his implication in ‘Alipore Bomb blast case’ in 1909 and also in murder attempt on the life of then Viceroy General of India, Lord Hardinge in 1912 soon after the transfer of India’s capital from ‘Calcutta’ to ‘Delhi’. This is a long narrative of freedom struggle widely discussed on the page of modern history of India’s Freedom Struggle.

Unfortunately, Indian historians had not yet properly highlighted the role of North East in the offensive fierce battle of INA soldiers. The jungle hill top of Kohima, terrains of Imphal became brutal war field where thousands of Japanese and INA soldiers laid down their life fighting against British Forces.

Soon after the fall of Singapore in 1942, fire power of INA was raised, subsequently Netaji Subhash Chandra Bose took the command of this battalion of belligerent Indian in 1943.

Several columns of Japanese Soldier walk together a contingent of INA towards Imphal Town of Manipur to hurl a first assault on the bastion of British citadel in India. INA was re-structured with those POW of Indian soldiers, gave up arms after fall of Singapore at Malay.

Interestingly, it was Imphal town in Manipur, where British forces made a frontline fortress for strong resistance to thwart the aggression of Netaji’s INA and Japanese forces. British Force in Imphal was backed by battery of soldier’s propped up from Queen Victoria’s own Madras Sappers, Assam Rifles, Jat Regiment, Rajputana Rifles, Punjab Regiment, Royal Garhwal Rifles, Maratta (Maratha) Light Infantry and from several Gurkha Infantry brigades. Above all allied forces fueled the strength of British forces with ambulance and Air support.

Reaching before Imphal town, at first resistance,  INA bump into sturdy fighting at Kohima town situated in then Naga Hill District (Nagaland). In fact, crossing the Northern Burma frontier INA soldiers entered in Kohima town, along with allied Japanese forces and faced the ambush shells of the garrisons in the year 1944.

Battle at Garrison Hill in Kohima

Kohima War is known as one of the savagely fought most ferocious war of  the War History of North East India during World War II.

More than 50,000 Japanese & INA soldiers died in starvation, malaria and war injury at the patch of hilly terrains stretched between Kohima and Imphal.

Fall of INA in Kohima War annihilated the all efforts of INA to uproot the clench of British Soldiers from the territorial land of undivided India. In western front, Kohima town was the final marching point of Japanese soldier in South East Asia.

As soon as the war is over, British Administration tried INA soldiers, in court- martial at Red Fort in Delhi, between November 1945 and May 1946, for waging war against British Emperor.

Netajis’ emotional, political connection was immense with the sentiment of North east, and undivided Assam; during his life time he visited Shillong for two times since 1927 to 1938. First he came as patient from Mandalay Prison for treatment in Shillong, and then came for second time to launch political move against Muslim League in various places of Shillong at Polo Club, Khashi Darbar, Asely Hall, Jail Road Field.

The birth anniversary of Netaji is always observed widely across the North east, but rarely his contribution in war front of North East is properly highlighted. So this was an effort to draw attention of Netaji’s belligerent connection with North East.