IN PICS: Rhea Chakraborty arrested by NCB in drugs case 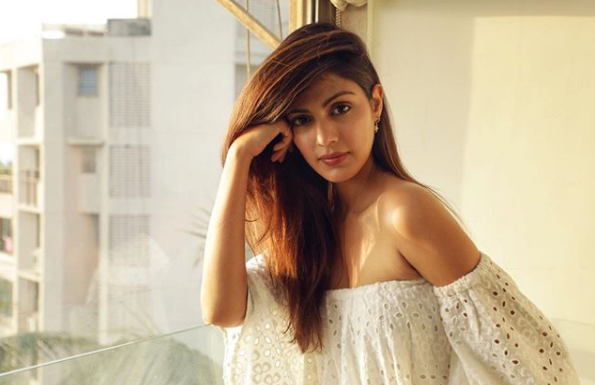 Rhea Chakraborty has been arrested in Mumbai by the Narcotics Control Bureau (NCB) on Tuesday after three days of questioning in connection with drugs-related allegations in the Shushant Singh Rajput case.

The 28-year-old actor, named as an accused in the CBI investigation into Sushant Singh’s Rajput’s death on June 14, had denied using drugs in her interviews.

According to sources, she broke down when confronted with her brother Showik Chakraborty, who was arrested last week.

The Narcotics Control Bureau started its inquiries based on WhatsApp chats retrieved from Rhea Chakraborty’s phone, which revealed alleged conversations around procuring drugs.

The Narcotics Control Bureau claims to have evidence linking Showik Chakraborty and Samuel Miranda (Sushant Rajput’s house manager) to the purchase of marijuana.

The drugs case is based on 59 grams of curated marijuana seized from two alleged drug peddlers and their alleged links to Sushant Singh Rajput.

Rhea Chakraborty is being investigated by three central agencies over allegations by Sushant Singh Rajput’s family that she exploited the actor for money, mentally harassed him and had a role in his death.