Rogue Soldier Killed After Shooting At least 20 In Thailand 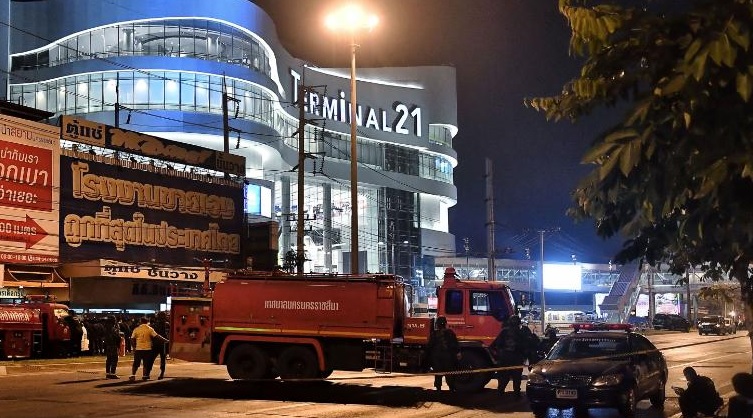 The Thai security forces on February 9th, 2020 gunned down a rogue soldier who went on a rampage inside a shopping mall killing at least 20 people.

Public Health Minister Anutin Charnvirakul confirmed that the soldier was shot dead at the Terminal 21 mall in the city of Nakhon Ratchasima northeast of Thailand.

According to sources the suspected shooter has been identified as Jakrapanth Thomma(32). He is believed to be deployed as an ammunition battalion officer working for the 22nd Ammunition Battalion. The police also rescued eight hostages.

Public Health Minister Anutin Charnvirakul confirmed the soldier had been shot dead at the Terminal 21 mall in the city of Nakhon Ratchasima.

The standoff began on Saturday night when Jakrapanth opened fire at a house before shifting to an army camp and then to the Terminal 21 shopping mall as he kept on posting messages on his social media page—Facebook.

Footages which are going viral on the social media showed terrified shoppers being evacuated from the centre by the security forces.

The suspect posted a series of images on his Facebook page holding a gun. In another post, he wrote, “Death is inevitable for everyone”.

According to the military officials, the gunman’s motive wasn’t immediately clear.