The biggest and the happiest day for all Nagas will be the day when the Naga political issue is resolved: Neiphiu Rio 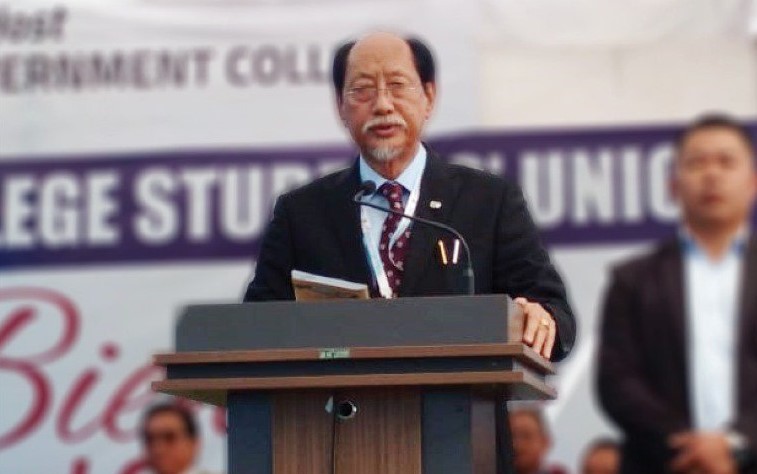 Nagaland Chief Minister, Neiphiu Rio, said that the settlement of the Naga political issue between the Naga National Political Groups(NNPGs) and the Government of India is vital for the economic development of the state. He also added that an amicable solution will not only impact the development of the Naga People but also pave the way to catch up with the rest of the country and the world.

“The biggest and the happiest day for all Nagas will be the day when the Naga political issue is resolved” the Chief Minister said.

He stated that peace has evaded the Naga people for a long time beginning from forefathers and their head-hunting traditions followed by World War-I and World War-II and the long-standing conflict between the NNPGs and the Centre is still yet to be resolved completely.

The Chief Minister urged every ‘Naga to pray and work towards an early and amicable solution to the Naga political issue so that the young generation grows up in a peaceful environment’ and access all the opportunities and develop their fullest potential.

He further added that it is time for all the Nagas to come forward and make use of all the available resources to ensure that the state develops economically at a rapid pace. He called upon all the officers to be ready to take up the challenge and work tirelessly towards uplifting the Naga people and claimed that once the Naga political issue is resolved, peace will prevail in the state which will be a great push for economic and developmental activities.