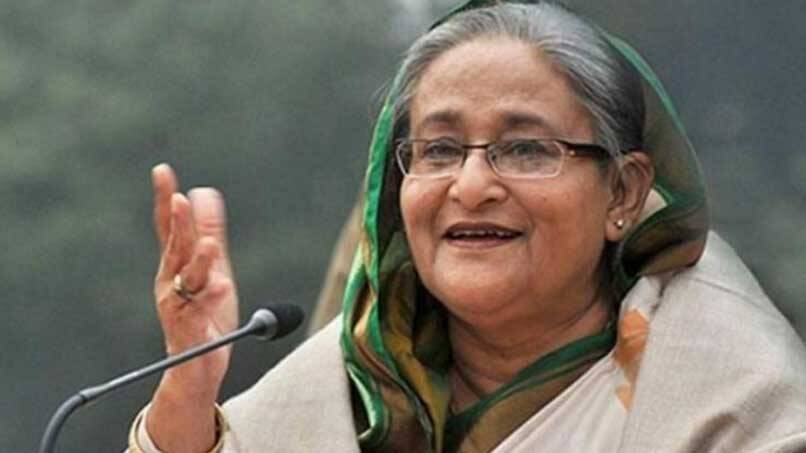 Hasina’s government said that minority communities did not leave her country because of persecution and also maintained that there is no reverse migration from India either. She even declared that the people within India are facing many problems.

Union Home Minister Amit Shah, during the parliamentary debates, had repeatedly referred to the persecution faced by minority communities, mainly the Hindus, in the aforementioned nations arguing that these groups should get citizenship rights in India.

Hasina took a diplomatic stand on the Citizenship Amendment Act (CAA) issue. While she said that implementation of CAA is an internal matter of India, she said that the Act was not necessary.

Many organisations from Assam including the All Assam Students’ Union and Krishak Mukti Sangram Samiti have been relentlessly raising the issue of illegal Bangladeshi. The state has been historically fighting against the infiltration problem since it borders with Bangladesh.

It may be mentioned that the six-year-long Assam Agitation against the influx issue gave birth to the Assam Accord in 1985. This laid down March 24th, 1971, as the cut-off date to detect and deport illegal Bangladeshis from the state. Unfortunately, implementation of the Citizenship Act has nullified the Accord in letter and spirit.

The Act, which has been widely recognised as communal since it seeks to grant citizenship to people of six religions excluding one particular community, triggered massive protests across the country. Hasina’s remark on the Act at this crucial time has been seen as significant.

Significantly, subsequent to the enactment of the contentious act, Bangladesh cancelled several high-level meetings to India.