Curfew has been imposed at Maujpur, Jaffarabad, Chandbagh and Karawal Nagar 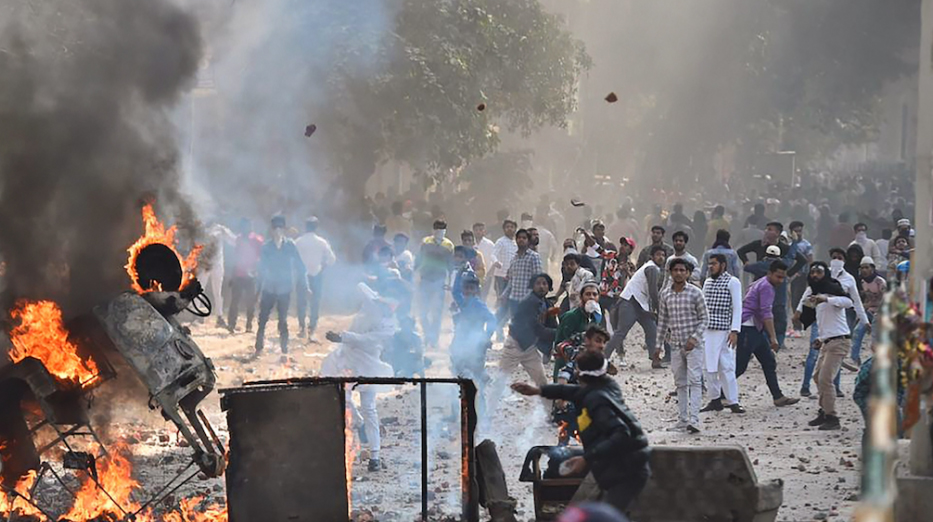 As violence continued to simmer in the Northeast Delhi over the Citizenship Amendment Act, a shoot at sight order has been issued on February 25th, 2020.

Curfew has been imposed at Maujpur, Jaffarabad, Chandbagh and Karawal Nagar, sources from the Delhi police said. Shoot at sight orders in parts of northeast Delhi have also been given.

At least 13 people have lost their lives in violence in the Northeast region so far. The clashes between pro- and anti-Citizenship Amendment Act (CAA) protesters continued for a third consecutive day, resulting in over 100 people injured. A total of 11 FIRs have been registered in connection with the violence.

The Union Home Ministry ruled out calling the army, saying adequate central forces and police are on the ground, said government sources. Over 6,000 police and paramilitary personnel have been deployed along the stretch. Police resorted to using tear gas shells in Chand Bagh to control the clashes today evening.

The administration imposed section 144 in the region. Delhi Minorities Commission appeals to Lieutenant Governor Anil Baijal for the imposition of curfew in violence-affected areas. According to reports, the district administration has sealed three borders adjoining Northeast Delhi and shut down bars and pubs in Ghaziabad.

Meanwhile, Delhi government announced that private and government schools in violence-affected northeast Delhi will remain closed on Wednesday. Manish Sisodia said all internal examinations have been postponed by schools. The Central Board of Secondary Education (CBSE) also decided to postpone Class 10 and 12 Board exams scheduled for Wednesday in Northeast Delhi.