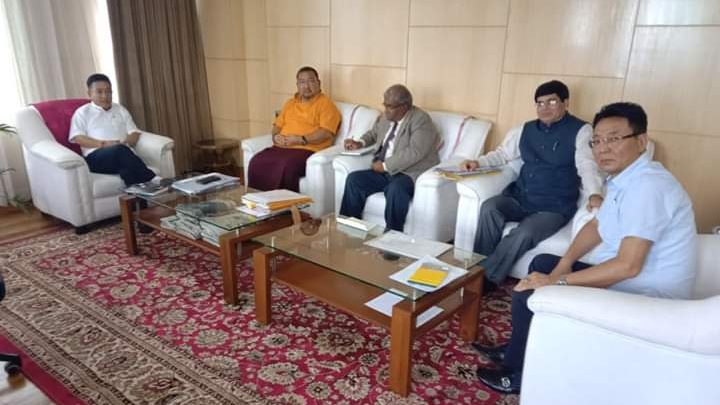 Sikkim Chief Minister Prem Singh Tamang dashed off to the Ministry of Home Affairs (MHA) demanding de-listing of 14 scared peaks in the state. The CM is likely to call on the Union Home Minister Amit Shah in the matter.

The Denzong Sherpa Association (DSA), Sikkim on August 25th, 2019, demanded the Bharatiya Janata Party-led central government to withdraw its decision to open 137 Himalayan peaks for mountaineering expeditions and trekking. “We demand the withdrawal of the notification before we celebrate and worship our Guardian Deity in September, 2019 in the form of Pang Lhabsol Celebration,” Dendup Sherpa, the general secretary of the DSA, said.

The Ministry of Home Affairs on August 21st, 2019, issued a notification regarding the opening of 137 Himalayan peaks for foreigners, including the 8,589 meter-high ‘holy peak’ of Kanchenjunga in Sikkim, for mountaineering expeditions and trekking.

Sikkim Bhutia Lepcha Apex Committee (SIBLAC) had also condemned the centre’s decision. Convener of SIBLAC, Tseten Tashi, while talking to media persons, had said that “The announcement is a violation of the special provision of 1991” and that they urge the state government to take up the issue with the Centre keeping in view of the sentiments of the people.