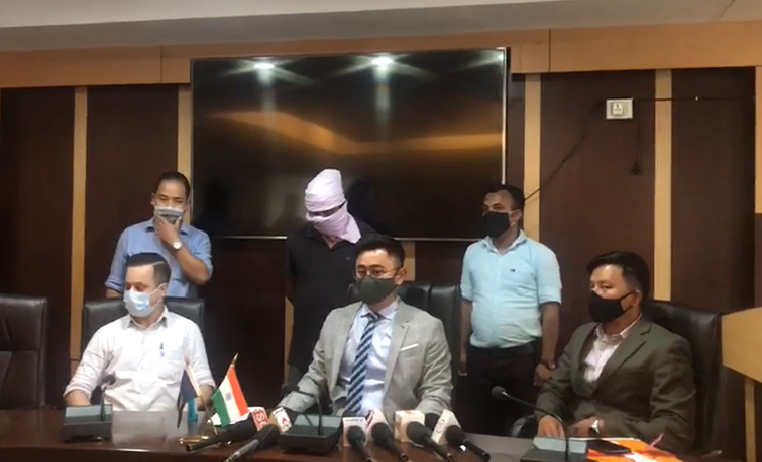 GANGTOK: A notorious con man long accused of duping students for seats in Sikkim Manipal Institute of Medical Sciences (SMIMS) since 2015 has been finally traced and nabbed by Sikkim Police Crime Branch.

The 41-year accused, identified as Sumanta Gupta, is a former student of SMIMS located here at the premises of Central Referral Hospital (CRH) Manipal at Tadong.

The police team had ASP Rinzing Chopel Rai, PI Abhishek Dahal and others.

According to the SP (CID), the accused used to dupe aspirant medical students and take money from them on fake assurances of providing MBBS seats in SMIMS since 2015. The accused used to impersonate as the SMIMS dean and provide fake certificates to cheat the students, he said.

About four cases have been registered with Sikkim Police since 2015 and among them, one was registered with the Crime Branch, said Lepcha. It took enormous efforts to nab the mastermind of the admission racket, he said.

It was on last Friday when the Sikkim Police CID investigating team identified the exact location of the accused person. The next day, the team reached the location and carried out surveillance before making the arrest on Sunday with help of the local Bengal police.

We have seized few mobile phones, several SIM cards and a laptop which the accused used to operate his racket, said Lepcha.

It was informed that the accused have cheated more than 40 students wanting seats in SMIMS and other colleges.

Sumanta had taken admission in SMIMS in 2001 but left his studies without completing his final year in 2005. After a couple of years, he allegedly started the fake admission racket.

Additional SP (CID) Rinzing Chopel Rai told media that the accused person, being a former student of SMIMS, was well acquainted with the entire admission system which gave him extra foundation to cheat the aspirant students.

According to the police, the accused while impersonating as the SMIMS dean used to tell his victims that a MBBS seat was lying vacant in SMIMS and then charge money. He also used to provide a purported certificate of approval from Health ministry to impress his client. The maximum amount cheated was Rs. 19 lakh and the minimum amount collected was Rs. 4 lakh-Rs. 5 lakh.

The student used to arrive at SMIMS and only then realize that she has been cheated. The students duped are from different parts of the country.

The accused has been booked under various sections of IPC.

We produced him before the court and have taken custody for five days as there is many more information we need to gather from him, said the SP (CID).