Sikkim’s ‘Holy Peak’ Mt Kanchenjunga Not To Open For Trekking

The decision was taken in a meeting convened by A.K. Bhalla, Home Secretary, Government of India on August 30th, 2019 in New Delhi 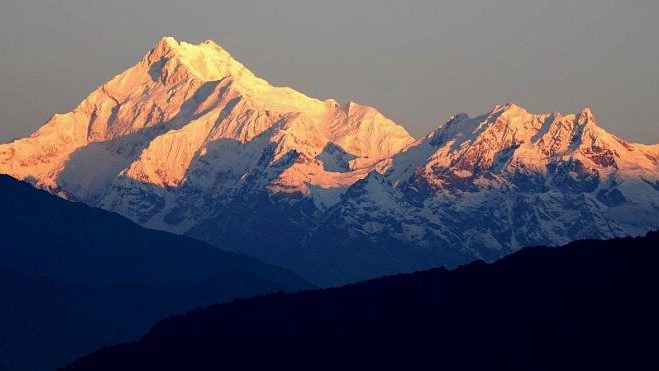 In a major relief for the people of Sikkim, the Centre has decided not to open 14 ‘sacred peaks’ regarded as deities in the state including the mount Kanchenjunga– third highest mountain in the world for mountaineering and trekking.

The decision was taken in a meeting convened by A.K. Bhalla, Home Secretary, Government of India on August 30th, 2019 in New Delhi. The meeting chaired by a total of 7 agencies unanimously pronounced to withdraw their decision to open the sacred peaks for trekking and mountaineering after having a thorough discussion.

It may be mentioned, the Ministry of Home Affairs (MHA) on August 21st, 2019, had issued a notification regarding the opening of 137 Himalayan peaks for foreigners, including the 8,589 meter-high ‘holy peak’ of Kanchenjunga in Sikkim, for mountaineering expeditions and trekking.

On the request of the Indian Mountaineering Federation. it was discussed that 10 other peaks of the state will also be allowed for mountaineering and trekking.

Soon after the notification was made public, student organizations, political leaders and the people of Sikkim condemned the centre’s decision fiercely. Chief Minister Prem Singh Tamang too dashed off a letter to the MHA demanding de-listing of 14 scared peaks in the state.