Sikkim’s Yangang bags “Most Innovative Tourism Product of the Year” 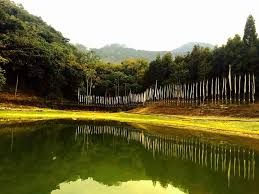 GUWAHATI: In one of the most prestigious and only region-based “Himalayan Hospitality & Tourism Awards” of the country endorsed by Ministry of Tourism, Government of India, Yangang in South Sikkim has been named as the most innovative tourism product of the year with the introduction of number of iconic projects coming up in the area and the start of a unique marketing campaign.

The award, which has been considered as a big breakthrough for Sikkim Tourism was announced while celebrating the World Tourism Day in Siliguri, West Bengal.

In a few words Robin introduced Yangang as the new tourism destination and appealed the fraternity to work together to develop the region in a sustainable way.

Even though Sikkim Government has decided to reopen the state for tourists, both domestic and foreign, from October 10 after a gap of seven months but Lachung Dzomsa will not allow tourist till 30 th  November it was decided by meeting of Lachung Dzomsa which was held few days back.

Recently, in an emergency meeting of the Lachung Dzomsa with all the Tourism Stakeholder (Hotelier Association & Tourist Driver Association) under Lachung Dzomsa and after due consultation with the stakeholder the resolution was adopted and passed by the Dzomsa to further extend the restriction on entry of tourist under jurisdiction of Lachung Dzomsa till 30th November 2020.

Lachung being on the remotest area of Sikkim we dont have the proper medical facilities to dealt in case of COVID-19 Iike emergencies arises reads press release issued by Lachung Dzomsa.

Lachen and Lachung, two villages in North Sikkim have still retained the traditional system of self-governance called Dzumsa or Dzomsa. The article brings out how despite the penetration of forces of modernisation, the institution still persists as an effective mode of self-governance system fairly accommodating the developmental roles in the new democratic set up in the state despite the introduction of Panchayat Raj Institution in rest of Sikkim.