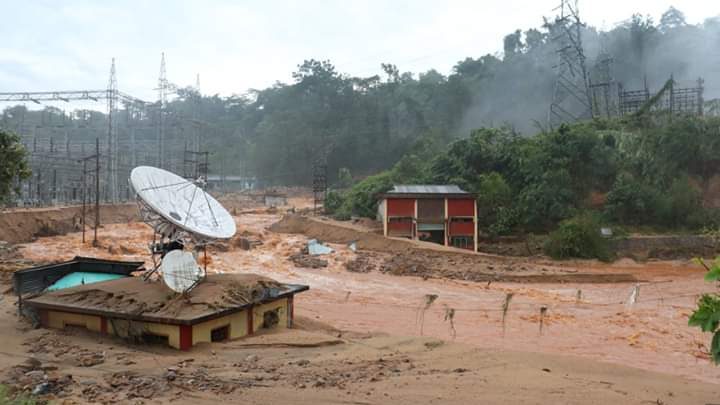 The situation at the Kopili hydel project at Umrangso in Assam’s Dima district has remained unchanged on October 9th, 2019. People residing on both the banks of the Kopili river spending sleepless nights as the water level of the river is rising gradually.

On October 8th, 2019, the North Eastern Electric and Power Corporation (NEEPCO) released water from Umrong dam of the hydel project through three gates which engulfed a maximum portion of the region and adjacent areas. As per information, the water rose up to 500-meter height and also caused massive landslide at the nearby hill.

On the other hand, there has been no trace of the four officials, who went missing following a burst at a water tunnel pipeline on October 7th, 2019. As per information, the missing officials were engaged in repair works at the site when the incident took place. The incident triggered massive flood resulting landslide in the nearby hill. Officials said the pipeline that supplies water to the project burst due to the leakage resulting in wash away of at least four NEEPCO officials and properties.

As per information, the water tunnel that broke apart was repaired in 2018. The hydel project was the maiden project of NEEPCO after it came into existence in 1976.