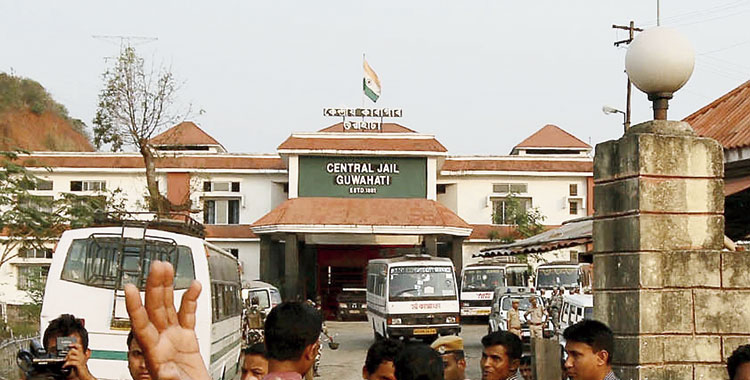 Guwahati: The Guwahati Central Jail authority on Monday evening said that Satra Mukti Sangram Samti executive president Manash Konwar is expected to be released from the jail remises on Tuesday.

Guwahati central jail Superintendent Ranjit Baishya said, “Official procedure to release Manash Konwar is in progress. We have communicated the court’s order to the deputy commissioner, Kamrup metro district this evening. Once we get due permission from the DC, we will release him immediately. Precisely, he (Manash Konwar) is likely to be released on July 14.

The Superintendent said, “Following the outbreak of the Covid-19 pandemic inside the jail premises, the Kamrup metro district administration had declared the jail premises as containment zone. Consequently, the entry and exit of any inmates is restricted. Therefore, releasing of Manash Konwar has become a matter to be scrutinised by the DC.”

The NIA Court granted the bail plea of anti-Citizenship (Amendment) Act protester and SMSS executive president Manash Konwar on Monday. He was imprisoned in the 13/19 case of the Chandmari police station which was later shifted to the NIA.

According to the authority, there were around 1050 inmates in the central jail premises as on July 13.

The Kamrup metro district deputy commissioner Biswajit Pegu was not available for comment.