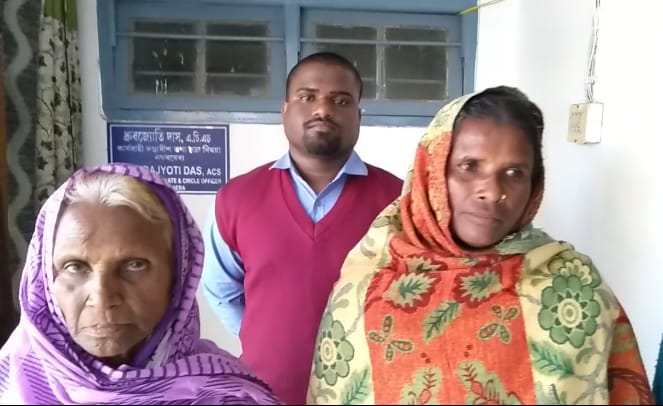 After 40 years of separation, social media helped reunite a mother and a daughter in Nagarbera in Assam’s Kamrup (Rural) district. The reunion took place on January 12th, 2020.

The fortunate mother is Hajera Khatun, who is in her eighties, who has been united with her daughter Soriton Nessa.

Hajera took Nessa to Guwahati when she went in search of a job. Thereafter, Nessa went missing. She was just 12 then.

Soriton was later found crying alone near the Gauhati Medical College and Hospital (GMCH) by a young mason, Ram Dulal. He took her to his hut in the Bhangagarh area and searched for her mother, but he failed to locate her anywhere. Later, both tied the knot and gave the recognition to their relationship and shifted to Gorakhpur in Uttar Pradesh. Soriton also changed her name to Aasha Devi in due course of time.

Nessa has now three children. Two of them are pursuing medical degrees and one is pursuing a bachelor degree in science.

Nessa found her mother through Dhrubajyoti Das, circle officer, Nagarbera. Expressing her happiness, Hajera said, “I am very much happy. I am thankful to Dhrubajyoti Das for reuniting us. She was my only daughter. I was waiting for her throughout these years.”