Bijay Chamling is the proprietor of Zaynun India 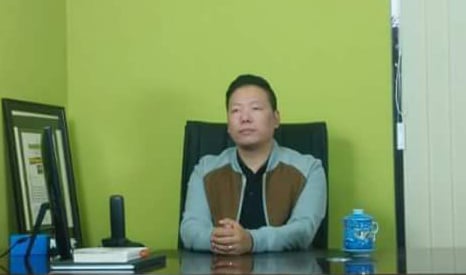 A case under sections 420 and 409 of the Indian Penal Code has been registered against him on the basis of a complaint lodged by Sikkim State Co-operative Supply and Marketing Federation Ltd. (SIMFED), a state government undertaking, on January 3rd, 2020.

As per the complaint filed by the SIMFED managing Director Pawan Awasty, SIMFED had placed an order of 364 computer sets from Zaynun India, a firm based in Daragoan in Gangtok. Bijay Chamling has been mentioned as the proprietor of the Daragoan firm which received the supply order from SIMFED in December 2013 and January 2014. The computers were mentioned for distribution to various schools under SSA division of the Human Resource Development department. An advance of Rs 1.77 crore was given to the firm through various cheques, as per the complaint. It is alleged that the company supplied only 95 computer sets worth Rs 47.31 lakh on December 10th, 2013. Accordingly, the SIMFED was regularly following with the firm for delivery of the balance materials and completion of the work for the settlement of the account and legal notice also sent to the company in April 2019.