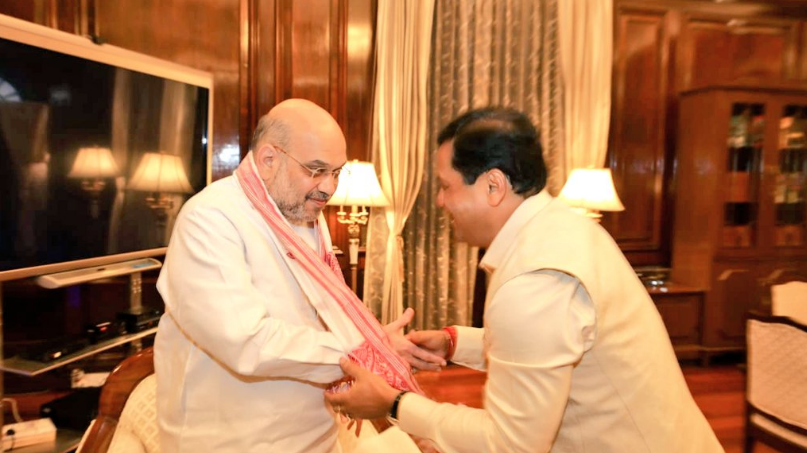 Assam Chief Minister Sarbananda Sonowal on August 13th, 2019 met Union Home Minister Amit Shah in New Delhi and discussed on a host of issues concerning the state especially on maintaining law and order after the publication of the final National Register of Citizens (NRC) on August 31st, 2019.

Sonowal apprised the Home Minister about the ongoing process of NRC and also intimated about the prevailing situation in Assam. He also requested Shah for additional security forces to which, Shah assured all assistance from the Centre for maintaining law and order after the publication of final NRC.

The Union Home Minister also appealed to the people of the state, to maintain peace in the aftermath of the publication of NRC.

It may be mentioned, the Supreme Court on August 13th, 2019 rejected the Centre’s demand to reopen and re-verify the NRC in Assam. The court also mentioned that the security aspects of the data involving NRC will get the same kind as of Aadhaar.  The top court also rejected the government’s plea for a further extension of the deadline to publish the final NRC list.

Further, Sonowal also apprised the Union Minister about the post-flood situation in Assam and gave him a list of the detailed account of the damages caused by the recent waves of flood.

Shah promised Sonowal all kinds of help and support to the State government for rehabilitation and reconstruction work in the flood-affected areas.