Sonowal Rings Up His 6 Counterparts, Requests Them To Help Stranded People Of Assam

CM Sarbananda Sonowal appealed his counterparts to provide the stranded people of Assam with food, accommodation and security 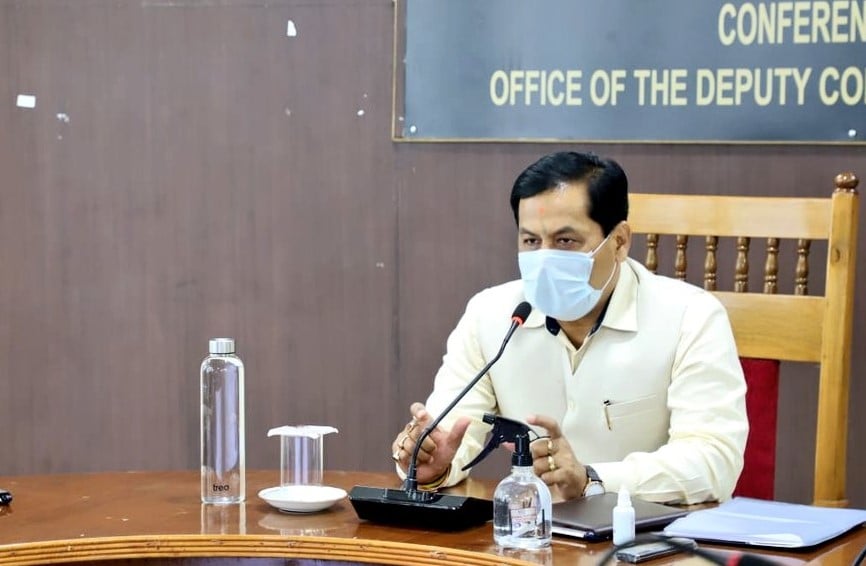 Chief Minister Sarbananda Sonowal called his counterparts in Maharashtra, Gujarat, Andhra Pradesh, Kerala, Rajasthan and Karnataka over the phone and requested them to take care of the people of Assam stranded in their respective states amid novel coronavirus (COVID-19) lockdown.

Sonowal spoke to Uddhav Thackeray of Maharashtra, YS Jaganmohan Reddy of Andhra Pradesh Vijay Rupani of Gujarat, Pinarayi Vijayan of Kerala, BS Yediyurappa of Karnataka and Ashok Gehlot of Rajasthan and appealed them to provide the stranded people of Assam with food, accommodation and security.

Sonowal also apprised the Chief Ministers of six states about measures taken by the State government to provide relief to people from the other states stranded in Assam.

The Assam government is mulling to allow a one-time inter-district movement of people.

Assam Health Minister Himanta Biswa Sarma said based on the COVID-19 situation, the Assam government is contemplating allowing the stranded people to move on a particular day after April 20th, 2020.

“The movement will be one time until the lockdown ends. It may happen on April 21st, 22nd or 23rd, 2020…depending on the situation,” Sarma said.