Speeding Vehicle Falls Into Deep Gorge In Dudhnoi, Over 5 Injured 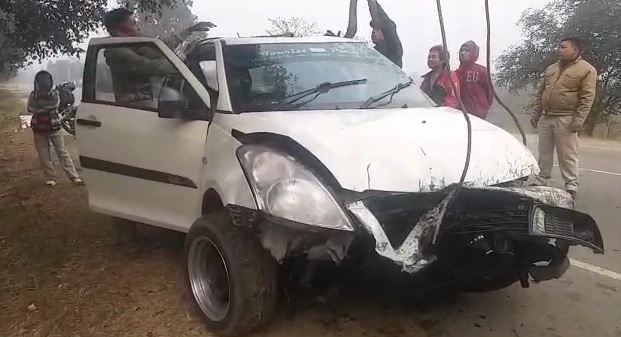 The vehicle with at least five onboard rammed into a culvert first and skidded off the road, the vehicle overturned into a nearby gorge. They were fortunately saved by the passersby.

According to the police who reached the spot four of them belonged to the same family and they were on their way towards Tura when the accident took place.

The injured have been identified as Patricia Swine, Kalpa Singh Swine, Penting Swine, Iraplang Swine and the driver Ibam. All the five injured have been referred to Gauhati for higher treatment. One is said to be in critical condition.