Spots To Burst Crackers, Time Limit, Flying Squad. All Deets Inside For Diwali In Guwahati 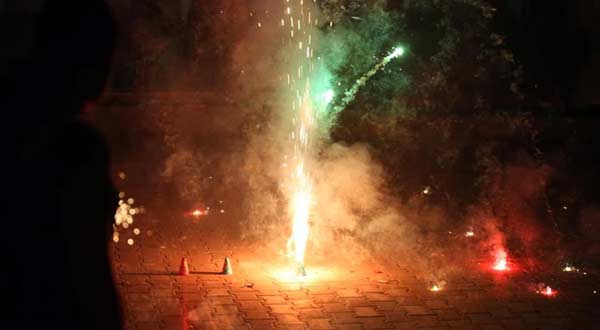 With Diwali just two days away, the Guwahati police in order to keep a check on vendors violating the restriction placed on the selling of firecrackers in the city have formed flying squads under the supervision of various Assistant Commissioners of Police.

Commissioner of Police, Deepak Kumar on October 24th, 2019 informed about the flying squads and said that the flying squads will pay surprise visits to the places which have been restricted to sell firecrackers and punish those violating the order.

“A special flying squad has been formed under the Guwahati crime branch and in each district under the State Disaster Management Authority. As we have identified only 20 places in Guwahati to sell firecrackers, persons violating this rule will be punished,” said Kumar.

The time period for bursting firecrackers has been set between 8 pm to 10 pm in Guwahati.

Further, the following Executive Magistrates (EMs) along with concerned departmental officers have been entailed with Diwali duty and you can contact them in case you come across people who violate the rules.

The concerned EMs and officers will conduct –