For many years, graffiti has been the scandalous and politically aggressive product of mysterious artists veiled by the looming shadows of multihued murals 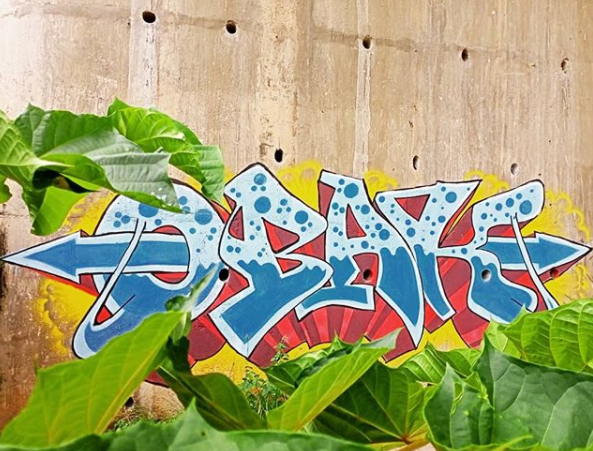 “Imagine a city where graffiti wasn’t illegal, a city where everybody could draw whatever they liked. Where every street was awash with a million colours and little phrases. Where standing at a bus stop was never boring. A city that felt like a party where everyone was invited, not just the estate agents and barons of big business. Imagine a city like that and stop leaning against the wall – it’s wet.”

This was written by Banksy, one of the worlds’s most notorious and popular street artist or graffiti writer who continues to remain faceless in today’s society.

The clamorous clanks of a spray-paint canister at late hours in the night may sound like vandalism; but to artist and protesters, they sound like change.

For many years, graffiti has been the scandalous and politically aggressive product of mysterious artists veiled by the looming shadows of multihued murals.

In reality, a can of spray paint used by street artist is a simply another tool to create a piece of art. If the work of a street artist were printed on a canvas, rather than a tunnel or building, there would be no debate at all.

Speaking to TIME8, Graffiti writer Nibid Borah, who goes by the name ‘Obak’, says “I have been drawing since I was a kid and I liked to travel. When I visit other places and see graffiti there, I thought I should try myself too. “

“Then I tried doing it my own town and started street art and got into graffiti”, he added.

A Chemical Engineer from BBEC Kokrajhar, Assam, Borah got into wall painting while he was in engineering hostel. “I first painted a wall in my room, after which people asked me to art on their wall”, he said adding “It’s been like four-five years since I am painting walls but for two years I am taking this professionally”.

When asked on the current scenario of art in Assam, Obak said “The graffiti scene in Assam is now rising. The street art movement in India was started by Yantr, who hails from Nagaon and currently lives a reclusive life inside Kaziranga. Now different artists are budding from nook and corner of Assam”.

Graffiti is a form of artwork and is valid in its own right. What was once a blank wall of a building has the chance to become something completely new when decorated with graffiti.

Seeking encouragement from the government to back the art from Borah said “The government has a big role play in this scene. They should encourage street art and Graffiti writing. They should present the beautification project to the right man so that we can make our state an art state.”

Graffiti becomes the expression of an artist’s vision for anyone to enjoy. Graffiti offers something that traditional art cannot; a lack of control from outside influence and accessibility to a wide audience.

Street art can be used to convey raw, uncensored messages. For instance, Bansky, used his work to comment on social issues such as violence and homelessness. These emotional themes are made all the more powerful when put in the public sphere, without softening them for a commercial audience.