Strict Actions To Be Taken Against Rumour Mongers on Hailakandi COVID-19 Death: DC

The administration has stepped up the vigil on social media platforms 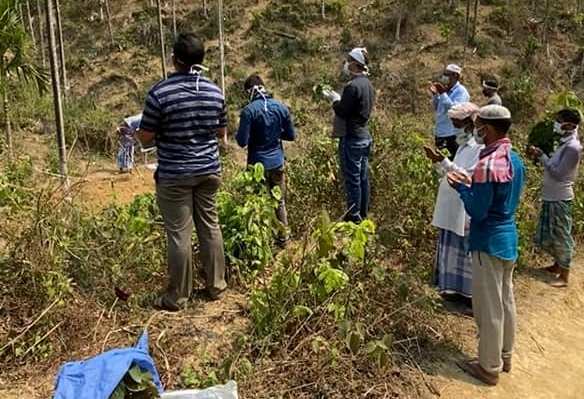 Hailakandi district administration and police are monitoring social media thoroughly to ensure that no rumour mongering or fake information related to the death of Assam’s first novel coronavirus (COVID-19) patient is shared.

The deputy commissioner’s official Facebook page stated that Faizul Barbhuyan died due to COVID-19. Due to his “advanced” age, pneumonia developed quickly in his lungs affecting his oxygen saturation levels.

The DC added that although doctors immediately shifted him to ICU and put him on a ventilator, attempts to safe him were unsuccessful. However, after his death, his remains were then brought back by to the health team in Hailakandi from Silchar, following the “strictest” norms of decontamination in a “world-class airtight 3 layered body-bag”.

His family was informed and the janaza (a part of the last rights) was conducted under the leadership of an Imam including the ritual of offering of shroud. His burial was attended by relatives and friends whilst practising social distancing and all precautionary measures.

People handling him were in PPEs with all precautions. His mortal remains were buried following all religious practices.

However, following this, some rumours were being spread on social media. To tackle this, the administration has stepped up the vigil on social media platforms so that no rumours are spread in any way.

Keerthi Jalli, DC Hailakandi further “requested” that no rumour mongering, panic-inducing or fear exciting activities are taken up by anybody.

“We are constantly monitoring all social media activities and we will not hesitate to take the strictest action necessary”, she added.