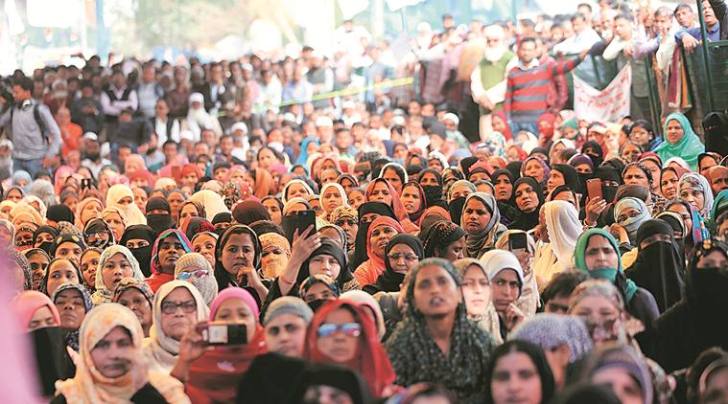 The Supreme Court on February 26th, 2020, asked for maintaining “equanimity” hereafter large scale violence was witnessed in North East Delhi on Citizenship law, leading to the death of over a dozen people.

A bench of Justices Sanjay Kishan Kaul and K M Joseph quizzed Delhi police’s lack of professionalism in dealing with the situation.

The top court posted the matter for the lifting off road blockade due to hundreds of women sitting at ‘dharna’ at Shaheen Bagh at South East Delhi, to March 23.

“Let’s defer it for the time being. The environment is not conducive at the moment. Equanimity needs to be maintained,” the bench said.

The bench asked the political parties and all stakeholders to maintain calm in the city.

“Parties and all stakeholder should lower the temperature and this is not how the society should behave. There should be healthy debate and not violence,” the bench said.

“We don’t want to expand the scope of the petition related to the removal of Shaheen Bagh protesters,” said the bench.

“What happened is unfortunate, it should not have happened. The Delhi HC is already seized up of the matter,” the bench added.

The bench said the Delhi police did not show professionalism as they did not act on time.

On this, Solicitor General Tushar Mehta asked the bench not to make any such observations. “Let’s not demoralise police at this juncture,” he said.

Justice Joseph, for his part, said he would not stop in making observations. He said, he would be failing in the discharge of his constitutional duty, as many as 13 persons lost their lives.

“We don’t know under what circumstances police are functioning. A head constable lost his life. A DCP was almost lynched. He is on a ventilator,” Mehta said.

The bench still maintained these things happened because when police let the accused go away.