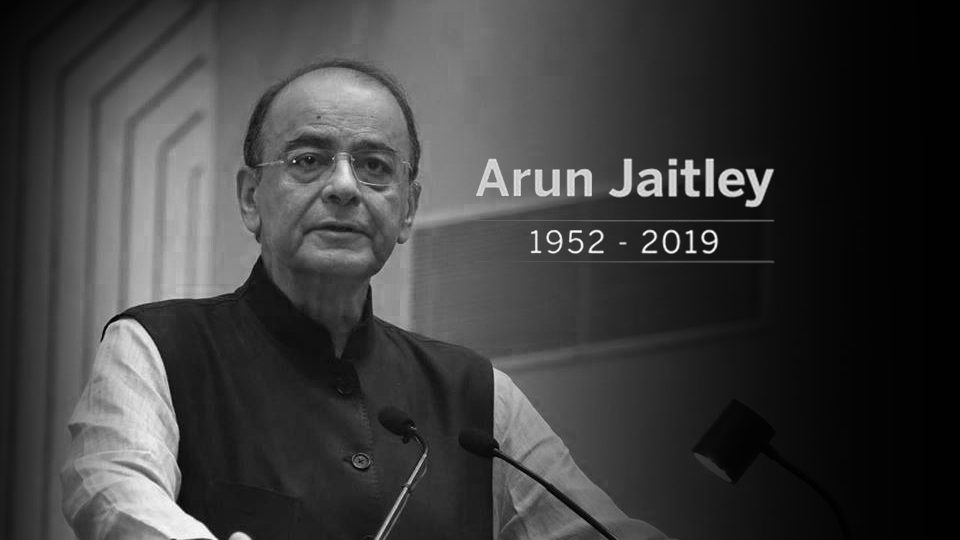 With the demise of former Union finance minister Arun Jaitley on August 24th, 2019 in New Delhi, condolence messages poured in from political leaders cutting across party lines to pay their condolences to the late dynamic BJP leader.

Assam State Finance Minister Himanta Biswa Sarma took to his Twitter handle to mourn the demise of the BJP stalwart. He wrote, “One of modern India’s tallest architects, an accomplished lawyer, outstanding Parliamentarian, great administrator and wonderful human being – Sri Arun Jaitley is no more with us. It is a moment of intense pain, as I bow down in reverence of the departed soul.”

Jaitley who was widely known as Prime Minister Narendra Modi’s “go-to man” was the only minister in Modi’s cabinet to take on the responsibilities of temporarily handling ministries other than his permanent portfolio.

Tripura Chief Minister Biplab Kumar Deb too expressed his grief by writing on his Twitter handle that he is shocked beyond words and distressed at the demise of Arun Jaitley.

“Extremely tragic news! Shocked beyond words & distressed at the passing away of Shri Arun Jaitley ji. He will forever be remembered & missed for his relentless service to the Nation & Party. I offer my heartfelt tributes to him & extend my condolences to his family,” wrote Deb.

As the finance minister of India, Jaitley presented all of the Narendra Modi government’s budgets. But due to his ill health, he was unable to present the 2019 Interim Budget, which was instead presented by his colleague Piyush Goyal.

Prime Minister Narendra Modi took to his Twitter handle and expressed his profound grief on the demise of his “valuable friend” in a series of tweets. He called him a person full of life, blessed with wit, a great sense of humour and charisma, Jaitley was admired by all.

A lawyer by profession, Arun Jaitley was jailed by the Indira Gandhi government during the period of emergency. He was a student leader at that time.

Soon after he was released from jail, Jaitley joined active politics by joining the Jan Sangh party and later rose through ranks in the party which is now known as the BJP.

Union Defence Minister, Rajnath Singh took to his Twitter to express his anguish on the demise of BJP’s eminent leader. He called him a “valued colleague” and the country will remember him for “pulling the economy out of the gloom and putting it back on the right track.”

President of India, Ram Nath Kovind also expressed his grief on his Twitter handle. He called him a man with “poise, passion and studied understanding.”

Assam Chief Minister Sarbananda Sonowal took to his Twitter and wrote that India has lost a towering leader.

It may be mentioned, Arun Jaitley passed away at the All India Institute of Medical Sciences (AIIMS), New Delhi on August 24th, 2019. Jaitley, 66, was earlier admitted to the AIIMS Intensive Care Unit (ICU) after he complained of breathlessness and restlessness.

Jaitley underwent a kidney transplant surgery in 2018, following which he was put under isolation. He is survived by his wife and two children.