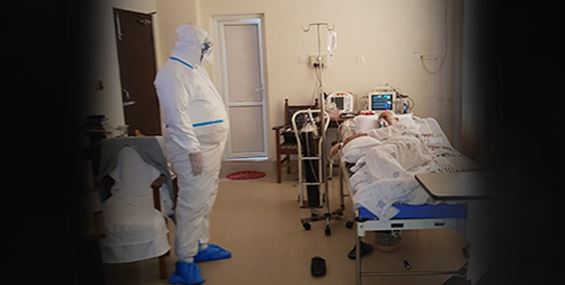 The health minister said, “We have been consulting with the family members of Gogoi and other senior Congress leaders to decide the further course of action. Assam government is ready to facilitate all possible assistance to provide improved treatment to Gogoi’s health.”

Minister Sarma further said that a team of doctors from AIIMS will discuss the current health status of the former minister with the team of doctors of the GMCH who has been monitoring the treatment of Gogoi on Friday morning through video conferencing.

At the same, GMCH Superintendent Sharma said, “Tarin Gogoi’s health condition is stable as of now. There was a sudden drop in the oxygen saturation this morning. Because of that, we decided that he should be shifted to ICU for proper care. A team of doctors has been monitoring his (Tarun Gogoi) health condition round the clock. We will be monitoring more aggressively now.”

The superintendent asserted that presently Gogoi’s oxygen saturation has been maintained at 92. “We are minutely observing his health. We are taking care of all possible complicacy if any. The monitoring team is also assisted by doctors from critical care.”

The former chief minister has been undergoing post-COVID treatment at the GMCH.