Assam government on September 5, 2019, announced 20 per cent bonus for Durga Puja to the workers of the tea gardens under Assam Tea Corporation Limited 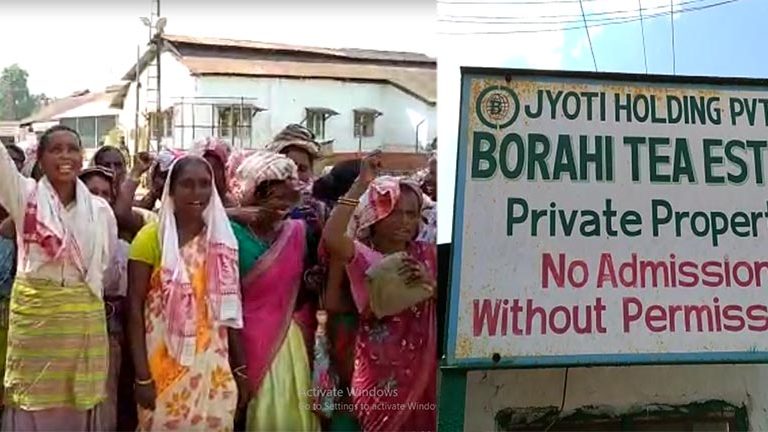 The workers of the Borahi Tea Estate at Sonari in Upper Assam’s Charaideo district staged protest against the TE authority’s decision to pay 16 per cent bonus for Durga puja on September 20th, 2019. The agitators reiterated their demand for disbursement of 20 per cent bonus ahead of the festival to begin from September 4th, 2019.

The protesters alleged that leaders of the Assam Tea Garden Workers’ Association and Borahi Tea Estate Workers’ Union went on a covert understanding with the TE authority to pay 16 per cent bonus to the workers. “20 per cent bonus is our long-pending demand. They have to provide us the ,” a protester said.

On September 5th, 2019, Assam government announced 20 per cent bonus for Durga Puja to the workers of the tea gardens under Assam Tea Corporation Limited. It may be mentioned that the minimum bonus for tea garden workers under the Payment of Bonus Act, 1965 is 8.33 per cent, the maximum is 20 per cent.