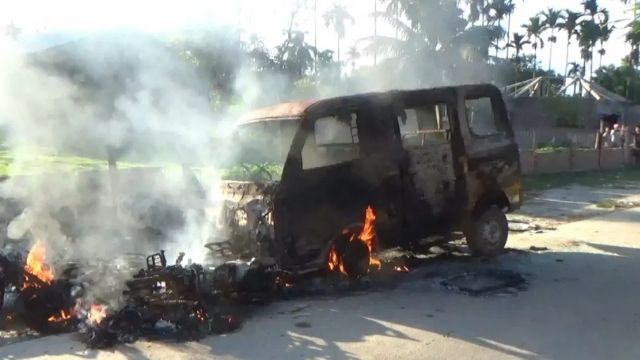 Guwahati: Assam Police have registered at least three cases in connection to the incidents of violence that broke out on Wednesday at Thelamara and Dkhekiajuli areas of Sonitpur district during the celebration by a Hindu group commemorating the bhoomi pujan of Ram temple in Ayodhya.

Following the incident, areas under Thelamara and Dhekiajuli Police stations have been put under curfew from 10 PM on Wednesday.

On Wednesday, the situation turned violent when locals in these areas engaged in violent clashes with a group under the banner of Ram Sena who took out a bike rally celebrating the bhoomi pujan ceremony.

Police said when the bikers reached a temple in the Thelamara area and started cracking firecrackers, locals objected. A scuffle between the two groups immediately triggered violence when locals torched a few two-wheelers in anger.

Sonitpur SP Mugdhajyoti Mahanta said, “Though the Ram Sena had sought permission for the rally, it was rejected. However, they still took out the rally and that’s why a police team was sent. When the violence between the two groups broke out, police had to shot teargas shell, stun grenades and even blank fire to disperse the mob.”

On Thursday, additional director general of police (ADGP), Law and Order, GP Singh, rushed to Thelamara and discussed the law and order situation and pressed for a speedy investigation. The situation continued to be tense in the area.

Singh said, “Three cases were registered including one in connection an incident in which a vehicle of district administration was damaged. Two persons have been detained and being quizzed. Police are also collecting the mobile video clippings of the incidents to identify the people involved.”

The top cop said that police investigation would first need to establish the sequence of events. Additional force has been deployed and four pickets have been installed.