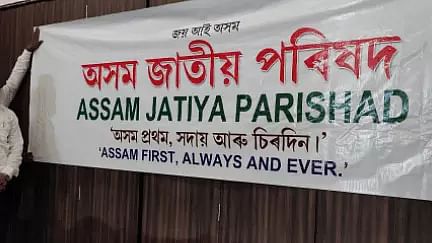 As per the plan, the All Assam Students’ Union (AASU) and Asom Jatiyatabadi Yuba-Chatra Parishad (AJYCP) has floated its political front Assam Jatiya Parishad (AJP) on Monday with a hope to oust the ruling BJP from Dispur. The plan is to unite all the anti-Citizenship Amendment Act (CAA) forces to fight in the state polls slated next year and to form a government that can take resolution against the Act. But once again the dream of uniting all the anti CAA forces of the state seems to be a distant one as Akhil Gogoi led Krishak Mukti Sangram Samiti (KMSS) on Tuesday gave an ultimatum to AJP to finalize whether it will join hands with KMSS or not. The peasant group has also planned to form its political party.

Moreover, it remains to be seen whether the AASU and AJYCP can maintain their non-political character after the formation of the new party. The two non-political organizations believe that most political national parties and even Asom Gana Parishad (AGP) have failed to effectively deal with the state’s prime issues like influx and rights over natural resources.

But with the history of Assam’s student organization forming the political front and then allegedly failing the people of Assam, it will be tough for any such new party to garner the public trust and transfer them into votes. There is no guarantee that after joining active politics, the present set of student leaders would not behave in the same manner as the earlier ones. In fact, the present BJP-led coalition Government has three ministers including the Chief Minister who were presidents of the AASU before joining politics.

In such a situation, it will be interesting to see whether the people of Assam once again accept this regional front or their broken beliefs continue to keep them away from such new ventures.