The centre will be 15 four-storey buildings which will have a hospital, common kitchen, a large auditorium and 180 washrooms and toilets 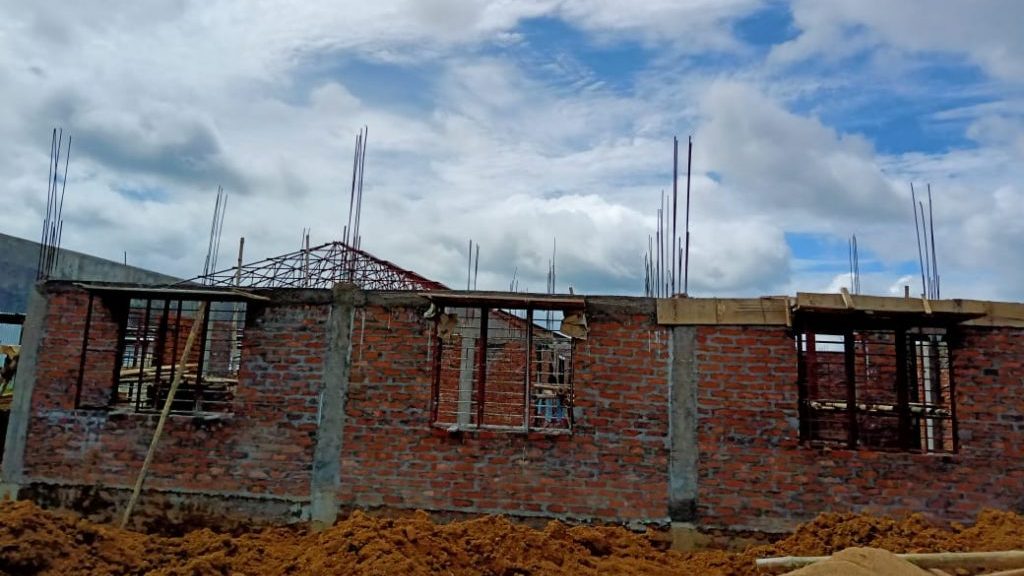 With 19 lakh people left out of the final Assam National Register of Citizens (NRC), Assam is getting ready for its largest and exclusive detention centre in Goalpara district of Assam.

The final supplementary list of NRC which got published on August 31st, 2019 found 3,11,21,004 people eligible for citizenship.

While construction is going on in full swing to complete the detention centre by December this year, let’s look at the list of things that we need to know about this India’s first exclusive and largest detention centre:

•  The detention centre is located in Matia town of Goalpara district and it can house 3,000 people in it at once.

•  The size of the detention centre is similar to sizes of seven soccer fields. It is built over an area of 2.5 hectares.

• The total cost for the construction of this mammoth project stands at Rs 46 crore and it is being done by Assam Police Housing Corporation Limited.

• The centre will be 15 four-storey buildings which will have a hospital, common kitchen, a large auditorium and 180 washrooms and toilets.

• Children will get the facilities of a primary school just outside the detention centre.

• The outer wall surrounding the centre is 20 feet and the inner wall is at six feet.

• One room inside the detention centre will accommodate four to five inmates.

• The rooms will have regular doors, proper lighting and ventilation.

• Women, children and nursing mothers will get a special care facility inside the centre.

• The centre will have separate quarters for men and women and this is the largest of the 11 detention centres that have been sanctioned by the central government to house detainees declared by Foreigners Tribunals.

It may be mentioned, the Centre on August 31st, 2019 said that those people who didn’t figure in the final NRC list cannot be declared foreigners until a Foreigners Tribunal (FT) declares them as one.

The persons who were left out of the list have a time period of 120 days to file an appeal in an FT. The Assam government will provide legal aid to underprivileged and needy people who have been excluded from the final list.

The process of NRC was introduced in Assam to weed out foreigners from the state. The complete list of family members who were found eligible for inclusion in the NRC list will be published online on September 14th, 2019.