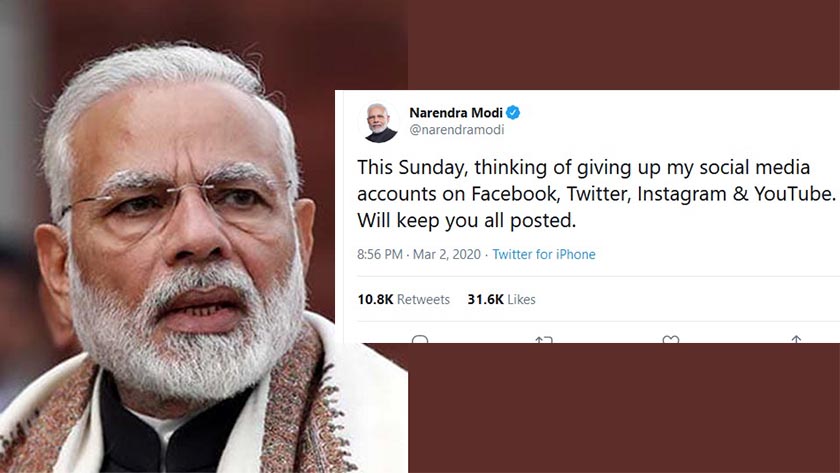 Leaving the netizens wondering, Prime Minister Narendra Modi on March 2nd, 2020, tweeted that he was thinking of giving up his Twitter, Facebook, Instagram and YouTube accounts in a week. However, he did not elaborate on the reason behind doing so.

It may be mentioned that the Prime Minister has not held a single press conference since taking office in 2014 and has prided himself on communicating directly with his supporters via social media.

With a highly active presence online since joining Twitter and Facebook in 2009, he has scooped up thousands of ‘likes’ and replies within minutes of sharing each post.