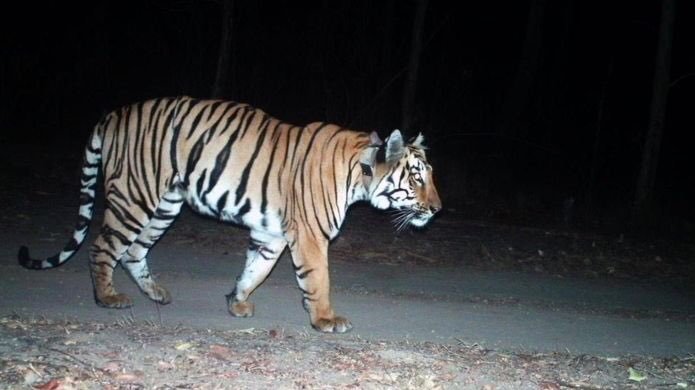 A tiger has recently made headlines for embarking on a 5-month-long trek along with the deep jungles of Tipeshwar wildlife sanctuary located in Maharashtra. The 2.5 years old big cat alias C1 is believed to have roamed in search of territory, food or a mate.

Experts claim that it is the longest stride ever recorded by a tiger in India. He has completed at least 1,300 km crossing roads, fields, canals without hurting any human being.

Reports claim that C1 was born in the sanctuary in 2016 and was fitted with a radio collar in February that has GPS tracking.

“A tiger has just walked into record books. Undertaken longest walk ever recorded in #India of 1,300km in five months. In search of prey, territory or a mate he is crossing #roads, fields, #canals etc. Without harming anybody. Closely monitored by dept. Wonders of #Nature.” (sic) he wrote on Twitter.

It may be mentioned that there are 50 tiger reserves in India which are governed by Project Tiger which is administrated by the National Tiger Conservation Authority (NTCA) and India is home to 80 per cent of tigers in the world. Tigers are listed as endangered on the IUCN Red List since 1986.